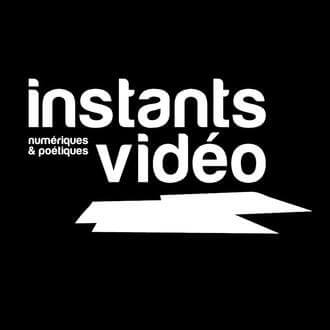 A short video art film by Dean Hutton, a genderqueer artist, photographer and filmmaker based in Johannesburg South Africa.

The film stars Fred Koenig french transdisciplinary artist as the Mermaid; a visiting European Mlungu (a zulu/ xhosa word for whites, coming from the description of the white foam residue of waves) mermaid landing on the beach in the Eastern Cape of South Africa, where black mermaids, known as Mamlambo have existed for eons.

A story of a fragmented self: The portrait of an Indian urban woman and her split personalities. An attempt to show the invisible earthquakes caused by the Indian society and its ongoing violence against women.

When abortion is not a right, many women are sentenced to marriage in order not to become single mothers or to stay alive. Depending where we live. But what happens when the bride is courageous enough to tell that she doesn’t want the baby she is carrying on her wedding day? It is the purpose of this video. Uterus is on strike, to use Preciado words, and it is getting empty to follow its desire not to give birth.

On the beach of Jericoacoara, north-east coast of Brazil, I’have made my individual and silent offering to Iemanjá. I dissolved in the waters of the Atlantic Ocean the most intimate and symbolic liquid of my femininity and fertility, my menstrual blood.

The video History is Not Mine, is a direct response to the Printemps de Septembre in Toulouse last year, which was entitled The History is mine. On this occasion, Technologia, an installation by Mounir Fatmi mixing Koranic verses with elements inspired Rotoreliefs Marcel Duchamp had been withdrawn by the organization due to incidents caused by some passersby. This event marked the artist and created awareness as a "big disappointment."

History is Not Mine comes from the disillusioned. First proposed have in London, this video installation black and white features a character trying to typing the title using hammers. Only the ribbon is red, suggesting that the text appears in letters of blood, in a collision of "the beauty of the sentence to write with violence and the difficulty of achieving.

I thought of telling the sense of touch, but with its absence or with its contemporary surrogate: the scarcity of physical contact due to hypertrophic growth of virtual liaisons in social networks, the culture of the avatar, the chaos of magmatic and stratified information and communication between individuals. Thus the scarcity of physical contact that leads to the recognition of the "other" results in a technology that is detached from the body and turns it into cold and solipsistic avatar. In a world where we are almost afraid of physical contact we use the screens of our smartphones and tablets to access the relationship. Is the touch screen the membrane that filters a world that frightens us?

These are videos and animations depicting myself engaged in fictitious situations with animals. These artworks are inspired by ancient mythologies. I know that if I were a man there would not be censorship of my work. Men ́s expressions of sexuality real or fantasized are accepted and welcome in our patriarchal societies. Dare to deal with those subjects as a woman and you will be labeled slut and will be the target of violence. This violence may come in the form of physical or verbal aggressions, or the violence of the censorship that tries to silence you. I still dare to make those images. If you are a woman today creating images with a sexual content turns into a subversive act of affirmation and resistance.

Sigmund Freud is a white Shaman of the nineteenth century, who wrote Totem und Tabu (1913), drawing inspiration from the writings of the Scottish anthropologist Frazer. Michael Dudeck is a shaman artist of the early twenty-first century, he invokes the spirit of Freud through an invocatory ritual and performs for him a voguing of totems.

Using a hidden camera, film showing a deserted Paris invaded by armed forces. This film consists of a montage of sequences shot three years running on the eve of the July celebration in Paris, during the preparations and rehearsals for the military parade. It shows how a particular film technique can betray rather than convey its filmed reality, and how this way of filming under your coat lends an almost insignificant event the feeling of a disturbing narrative.

The video Get along reflects on the political oppression and the weight of tradition (especially religious) that influences the individual’s right to express intimacy. The movement, two hidden bodies beneath a sheet writhe together, slowly it begins to rain red liquid. The confrontation of what lies beneath, implied love and intimacy, contrasted with the rain from above, lays out a paradox of love and violence used to oppress it.

This video is Vatankhah's reaction to the Iranian government's imposed limits on both public and private lives of its citizens; where you can be condemned because for intimacy (even holding hands) out of wedlock, or any sexual orientation beyond heteronormative.

Text written by Laurie Joly the night after the attacks of January 7, 2015 in Paris

(RE)ACTIONS is a result of collaboration between French artist, Laurie Joly, and Iranian artist, Parya Vatankhah. Its starting point is in a dialogue. (RE)ACTIONS installs a dialogue between two artists - two stories, two cultures and two artistic approaches. (RE)ACTIONS creates a conversation between artistic media - considering all forms of Art. (RE)ACTIONS aims for a dialogue between looks - for a plurality of the sensitive modes of reception. This video is a commitment against the censorships, which continues to impact the creative minds and artists.