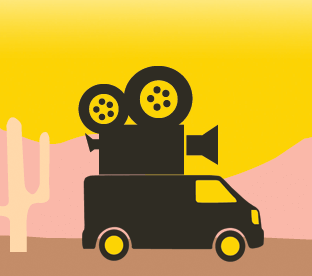 Focus on DIY Biology and BioArt

a screening under the auspices of DIYSECT

The third episode of the DIYSECT web-series focuses on the emerging field of transgenics and synthetic biology. An example of the developments in the field is the Kickstarter-funded Glowing Plants project which has provoked a series of reactions from technology watchdog groups such as the ETC. The episode also features artist Adam Zaretsky whose performance work takes advantage of its controversial nature to propel a wider discussion on what is ethical in the field of synthetic biology. The episode also examines the public’s view on genetically modified organisms (GMOs) and the general mistrust due to corporate involvement.

The fifth episode of the DIYSECT web-series gives a chronological outlook at the field of “bioart” beginning with the pioneering works of Joe Davis και Eduardo Kac and ending with the merging of the field with DIYBio and biohacking. The episode also features Daniel Grushkin and Wythe Marschall of the Cut/Paste/Grow project, Jurij Krpan of Kapelica Gallery in Ljubljana and Marc Dusseiller of the Hackteria | Open Source Biological Art network, who recognize the importance of DIYBio community labs as a facilitator of bioart production.