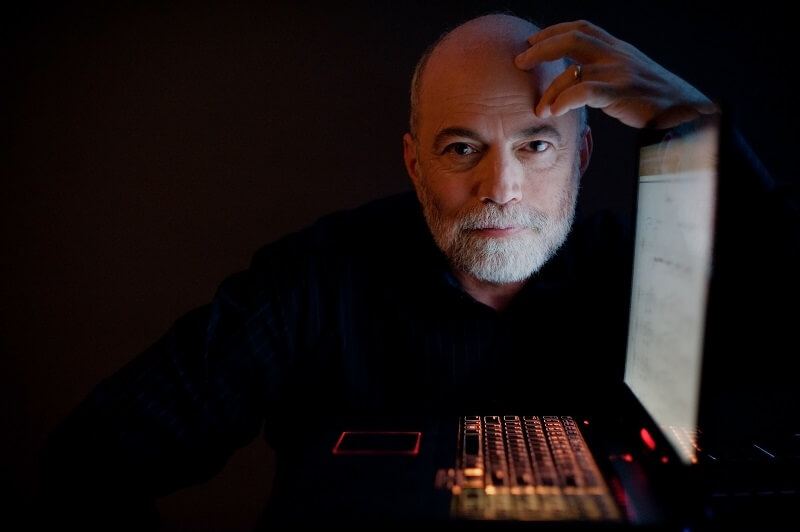 My spiritual and philosophical stance on music and life

Composition for me has always been and increasingly still is the result of spiritual conviction and, consequently, of philosophical meditation. Despite the usual scientific dismissals, deep spiritual and musical experiences are never haphazard. They are cultivated for a long time and rise to the mental surface in unsuspecting times and places. Any attempt to codify the creative process petrifies the object of research and inevitably replaces the unimaginably complex (but also cognitively simple) mystery of creativity with its poorer intellectual fossil. Mystical life and creation cannot be anatomically analyzed. The only thing such effort achieves is to create a kind of toxic knowledge which distances from the desired result instead of approaching it. The consequence of a view such as mine is the belief that knowledge is always a personal experience but, the more one deepens into this kind of knowledge, the more universal its experience becomes. Our continuous and in-depth musical and spiritual exploration gradually acquires the character of a linear and chronologically reverse exploration of our panhuman memory: deeper than our partial (and "constructed") historical memory; deeper than the linguistic impasses of Babel, and down to the even deeper utopia of Eden which embraces everyone and everything. As a person and as a creator, I sense this utopia but "I have no proper clothes to enter it". So, outside the bridegroom’s chamber, and borrowing words from Odysseus Elytis, "I only exhale, and ancient veils, invisible to others, are unfolding before my eyes."

Christos Hatzis was born in Volos, Greece in 1953 and received his early music education at the Hellenic Conservatory. He continued his education in the United States, at the Eastman School of Music and at the S.U.N.Y. in Buffalo. He emigrated to Canada in 1982 and resides in Toronto with his family, employed as a professor of composition by the University of Toronto.

He is widely considered to be one of the most important contemporary composers, particularly for his compositions for percussion instruments. He has pioneered a personal compositional approach which reflects the complex social and aesthetic needs of the 21st Century, by avoiding the dead ends of the previous century, especially the poorly understood elitism which places emphasis on compositional technique detached from expression. With increasing frequency, Hatzis’s subjects are informed by human rights: of the Indigenous people of Canada (“Gaia”, “Going Home Star: Truth and Reconciliation” “Footprints in New Snow”, “String Quartet No.1—The Awakening”), of the Jewish and other victims of the Nazi Holocaust (“Menorah”), oppressed or neglected minorities worldwide (“In the Fire of Conflict”, “Κωνσταντινούπολη”, “String Quartet No.2—The Gathering”, etc.); all of the above filtered through a non-dogmatic spirituality which also informs his educational philosophy.