Presentation and screening of the documentary by Kostis Zouliatis ANAPARASTASIS: THE LIFE AND WORK OF YANNIS CHRISTOS (1926-1970)

Even though he remains a great stranger, Jani Christou (1926-1970), counts among the greatest figures of the 20th-century musical avant-garde. His work is characterised by rare unity and consistency, not only regarding his innovatory notation and the pioneering means he introduced to the sonic world, but also in terms of his own philosophical universe, which inspires and runs through his compositions: myth, the transcendent, the primordial, ritual, panic, hysteria… With his early death in a tragic car accident, on his birthday, in January 8th 1970, the world of contemporary art lost one of its most thrilling and provocative talents. The documentary attempts to illustrate the personality and the spirit of this great thinker of music, following the path of his brief presence, which had always been interwoven with art and offering to human civilisation. Through the composer’s works and rare audiovisual material as well as interviews with musicians and friends that were linked to him, the film toils to decode the mystery that this great artist left behind; the experience that can be paradigmatic for all the great moments of art that historical circumstances hide in their shadows. The film features interviews with Theodore Antoniou, Rupert Huber, Karolos Koun, Gregory & Nelly Semitekolo, Spyros Sakkas, Stefanos Vassiliades, Nikos Mamangakis, et al. 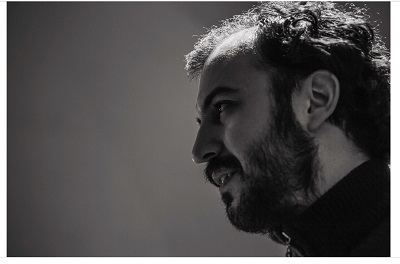 Costis Zouliatis (b.1979) is a musician, researcher and filmmaker. He obtained BMA and DMA in Ionian University. A founding member of various music groups (Rizà, Night On Earth, Paracroussis et al.) serving as a pianist and composer, he also performs solo as an improviser and composes scores for theatrical plays, short films and documentaries. As a lecturer, he is focused in aspects of History and Aesthetics of 20th-Century Music, producing pieces and papers on John Coltrane, Luigi Nono, post-war Avant-Garde et al. As a researcher, he has been working for two decades on the oeuvre and life of Greek composer Jani Christou; a committed research that has resulted in the full length documentary film Anaparastasis: Life & Work of Jani Christou (1926-1970) (credited for directing, texts & production), a series of workshops and lectures within music organisations and academic institutions around Europe, and a literary contribution consisted of conference papers, article publications and program notes. As a filmmaker, he has also produced short video films, music videos and a short documentary as a portrait of contemporary Greek composer Dimitris Dragatakis. His study in cinematography concerns the work of Ed Wood, the teachings of Andrei Tarkovsky and a staggering masterclass by cinematographer Christopher Doyle. He currently works as a music teacher in the Special Educational Needs sector.