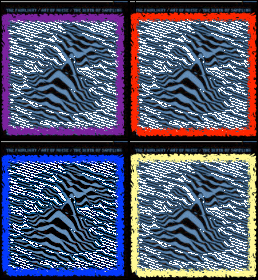 The Myth of Orpheus and Euridice is a source of inspiration for musicians of all eras. Using the complex language of electroacoustic music is an approach that colors the emotions in its own unique way. The work is divided into three acts: the first part is the death of Eurydice from a snake bite and the mourning of Orpheus who lost his beloved. The second part is the descent of Orpheus to Hades to seek her. The last part is the return to the "upper world" and the command that Orpheus disobeyed. As a result he lost his lover forever. The regeneration of sounds has been created electronically in three separate parts that are described above as three acts.

Anastasis Karaiskos
Anastasis Karaiskos is a musician, graduate of the Ionian University. He is specializing in electroacoustic music composition and his interests include performance of electric guitar and teaching of electric, acoustic and classical guitar. In terms of performance, he has taken part in many concerts as a musician of the Philharmonic of the Municipality of Ermionida, undertaking also the recording of the concerts. Occasionally collaborates with various bands giving live performances. His work in composition has been presented in ““Akousmata 2.0” 13th Ionian University Festival of Audiovisual Arts, 2019. Recently he worked upon the expression of the famous myth “Orpheus and Euridice” with electroacoustic music. Today he is working upon an original electroacoustic music composition with elements of heavy metal music.
BACK
2022