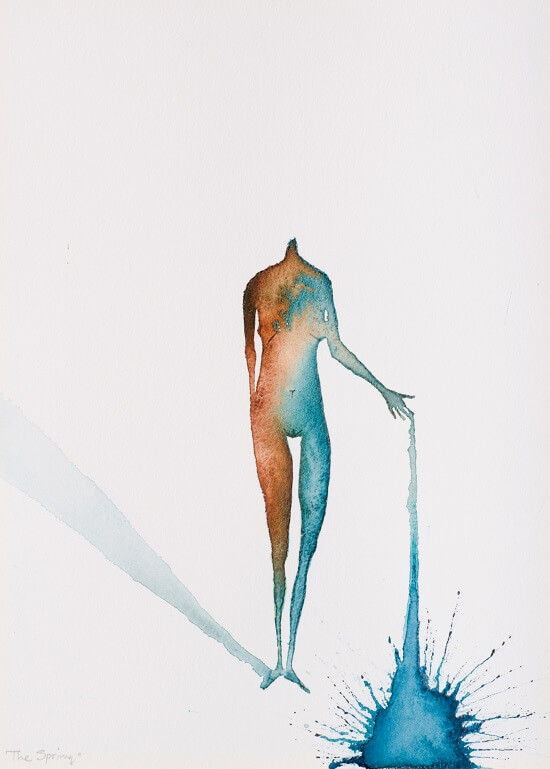 Nikos Kokkalis presents the series DEITIES in “Ochre- Blue” gallery, Limnos. The paintings, watercolors employing mixed media, focus on the female figure and make reference to the pictorial forms she has been “clothed” in across different periods in the history of art. These almost transparent figures constitute mixtures of the human and the natural; they recount their myths, floating in uncertain spaces, while their forms recall the corresponding female form in the vases of the Geometric period, but also in the fragments of Greek statues.

They relate to images of but one single female figure, running through the centuries, constantly changing form, either as the Afrodite of prehistoric times, or as a Cycladic figurine, as Artemis – as the Mistress of the Animals, Potnia Theron, as Persephone, as Panagia of the Life-giving Spring, Zoodochi Pigi. But in the end, she always remains the same, as Despina and Our Lady. As the Great Goddess and Mother.