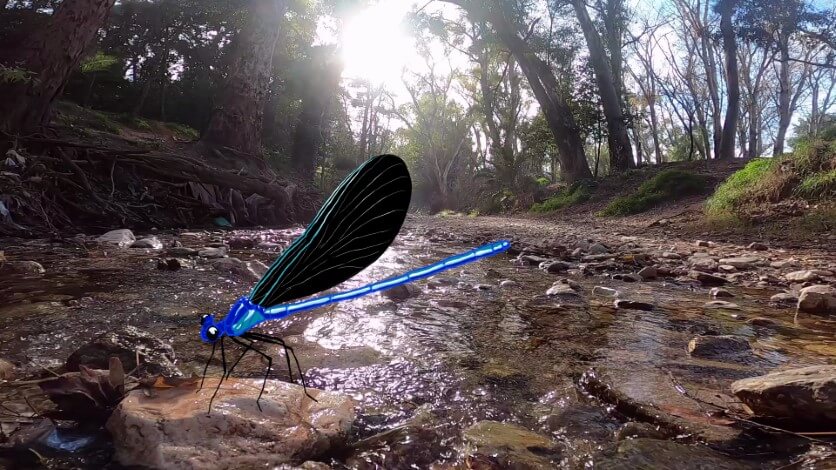 "Zygoptera" is a brief look in a damselfly's life and a small study on her ecosystem. The atmosphere of both is being expressed by a surrealistic flight on the insect's back.

A short film that combines both animation and live action elements. It is made of digital animation with frame by frame technique. The film does not contain dialogues, only its soundtrack, being influenced by older pieces of similar styles.