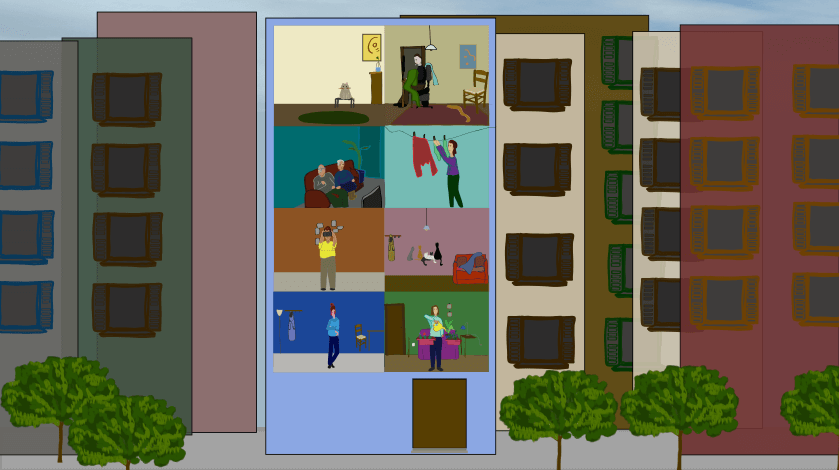 This animation is a short presentation of moments from the lives of the residents of an apartment building. The central theme for the development of the story was to capture the image of some people living in an apartment building. Occupants of a building, people living next to each other and at the same time far away from each other. A situation that prevails in all big cities where the phenomenon of alienation between the inhabitants is very intense, especially in the buildings where they live, made me interested in creating this story.

To tell my story, I choose the windows of the apartments as a place to present the heroes. Windows have always been an element of the house, apart from the door, which connected the outside with the inside. Also, their role in earlier times was to communicate between the inhabitants, as well as many times they were used for pumping "gossip" between neighbours. In recent years these habits are not as strong as they used to be, but they still persist in some small areas, such as on the islands.