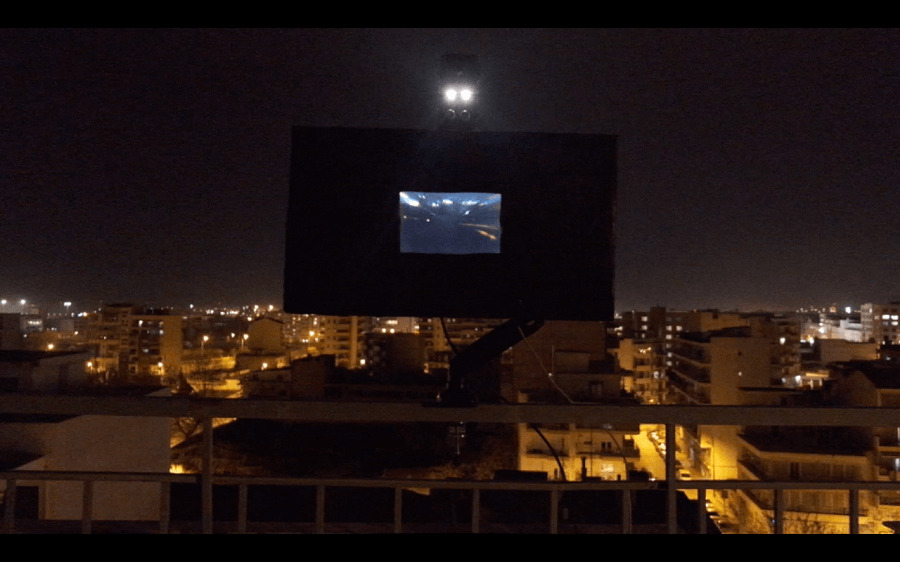 "The project, entitled M's Mirror, is an interactive video installation based on Arduino technology. The artist bases the nature of the work, which consists of a camera, a light (controlled by motion- distance sensors), a screen and a magnifying glass, on her studies in cinema and at the same time draws elements from her photographic work with self-portraits. With this project she makes an attempt to create a kind of digital mirror, where the participant makes a special effort to discover his/her image in it. This is a series of momentarily forced self-portraits, which perhaps reveal and obscure what the participant is trying to see. It also refers to distortions created by a cinematic or photographic lens, which also has implications for the perception of the self-image. Highlights how easily a person's image can be used through a lens. Finally, at the same time, the camera records without the distortion of the magnifying glass, allowing the existence of another reality."

Annie Tsevdomaria
Annie Tsevdomaria in 2009 began her studies at the Film Department of the School of Fine Arts, AUTh, and successfully completed them with a degree in Direction of Photography alongside professor Dimitris Theodoropoulos. She did her internship at NTNG as an assistant curator of costume exhibitions. At the same time she completed her studies at the Stereosis School of Photography, on artistic photography. In 2017 she was admitted to the MSc "Applied-Clinical Sociology and Art" of the University of Western Macedonia in Florina and the University of the Aegean, which she completed in 2019, completing her diploma which focuses on visual and ethnographic mapping, from which artistic intervention CitywithinCity emerged and continues to this day. In 2018 she held her first solo photo exhibition entitled Rainroom. She has published two photo books and participated in three team exhibitions. In the summer of 2020 she attended the Ionian University Open Art educational program on interactive art forms, Performance Art and Arduino, which resulted in the interactive project Marauder’s Mirror. She currently works as a photographer and videographer in a private company, and as a freelancer, having at the same time two active projects that focus on the photographic and the interactive self- portrait in the public space. Finally, Video Art is one of her main interests.
BACK
2023