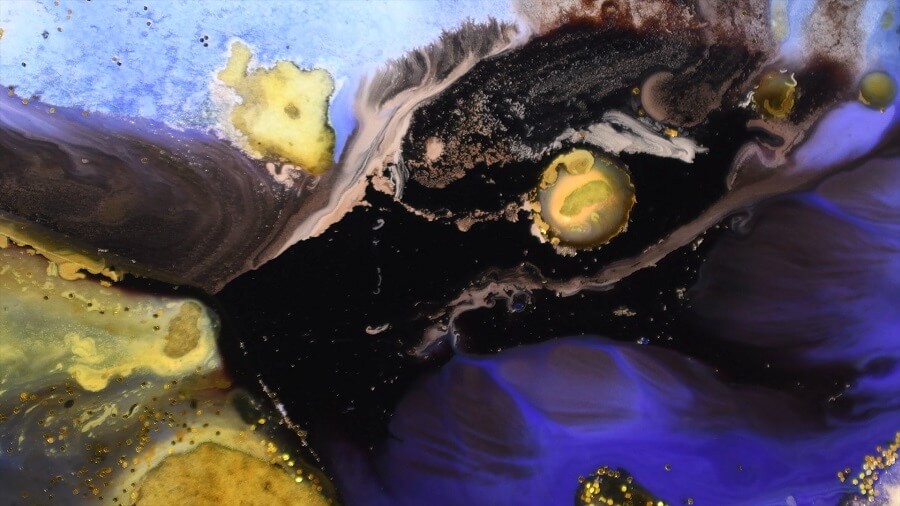 "Dharmadhatu" is an experimental audiovisual video with linear narrative. It has been created with an original experimental technique, where each frame results from a live recording of the behavior of flowing colors on a painted surface.

Martha Gogakou was born in Thessaloniki in 1986. In 2012 she graduated from School of Fine Arts, Theater Department of the Aristotle University of Thessaloniki.
In 2014 she completed her first postgraduate studies at Kingston University of London in script and theatrical writing. In 2018-2019 she completed her second master's degree in the Department of AudioVisual Arts of the Ionian University entitled "Audiovisual Arts in the Digital Age". In 2021 she has been accepted as a doctoral candidate at the Department of AudioVisual Arts of the Ionian University.
She is a founding member of the Set Design team "PanoKato7" which since 2010 has in its assets more than 10 theatrical performances: Collaboration with ΚΘΒΕ (2014), ΔΗΠΕΘΕ Kavala's and Veria's (2015) while performances of the group have been staged at the Thessaloniki Concert Hall (2015) and Prague Quadrennial (2011).
She specializes in experimental video, digital painting, video games and interactive installations. With interactive installations, animation videos and live cinema performances, she has participated in various festivals such as: New Media Art Festival (Los Angeles 2021), Athens Digital Art Festival (Athens 2020), Art in Thessaloniki - Pikap Community (Thessaloniki 2020), Audiovisual Arts Festival (Corfu 2018) and Athens AnimFest (Athens 2019 ).
Website: https://marthagogakou.com/