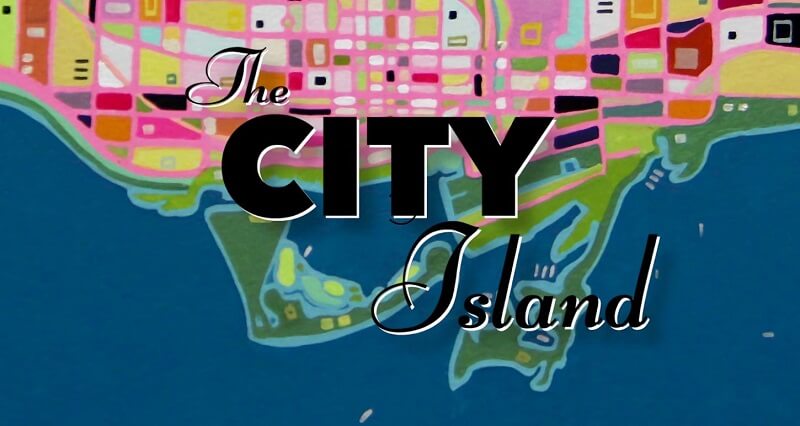 On Monday, December 5th, 2022, in Aretaios Building-room 3, of the Dept. of Audio & Visual Arts – Ionian University, from 11:00 to 13:00, Assoc. Prof. Dalila Honorato and Art Staff Christina Mitsani have the pleasure to invite you to the guest-lecture “Storyfronts an interactive storytelling documentary and video game” by the Canadian visiting-artist Elizabeth Littlejohn. This lecture is organized as part of the "THE302-Philosophy & Media Aesthetics" and "VIS130-Analogue Drawing", and is supported by the Interactive Arts Laboratory, the Program for the design of an Erasmus+ MA in Art, Science and Health, and the Gender Equality Committee of the Ionian University.

More about this lecture

“As a  documentary film maker and augmented reality creator, I will discuss my recent work, Berlin’s Hidden Heroes, an augmented reality tour based in Berlin, and the research and process for designing, Storyfronts, based in Toronto. I will also discuss my passion for documenting cities, and how I directed my recent short film, Hazelnuss, based in Berlin, and my feature film on the Toronto Island park system, The City Island.

Storyfronts is an interactive storytelling documentary and video game that incorporates vacant storefronts as hotspots that launch audio testimonials from Toronto citizens, and advocates for housing, who have been impacted by the pandemic. These testimonials will describe how Mom ‘n’ Pop businesses were forced to close during the pandemic, and how and why tent cities arose in downtown Toronto parks.”.

More about this speaker

Elizabeth Littlejohn is a multimedia artist, communications professor, journalist, and documentary film maker who has focused on representing the arts community and social movements for the past seventeen years. As a documentary film maker, she works collaboratively with artists to cover unusual and difficult subjects. In 2022, Elizabeth received Sheridan Research Creative Activities Grant for Storyfronts, the recreation of the empty storefronts of businesses during the pandemic as a virtual reality videogame for touchscreens and mobile phones. For her augmented reality projects, she employs in depth historical research and interviews. This research is added to the creation and re-construction of the building facades as memory palimpsests, incorporating the interviewees’ lived experience.

Recently Elizabeth Littlejohn finished directing, filming and producing The City Island. The City Island is a feature documentary about the Toronto Island Park System, weaving its volatile political history and ongoing issues with flooding and urban densification, from  the very colourful and creative people who live there. She also produced the Toronto Island Puzzle Tour, an augmented-reality smartphone application with six locales depicting

hidden history of the Toronto Island, funded by the City of Toronto’s Artworx Grant.