The exhibition and the symposium The Camille Diaries. Current Artistic Positions on M/otherhood, Life and Care discuss new artistic works by eleven international women and non-binary artists (installations, video, objects, performance). Reflecting on the current conditions of our world (environmental changes, gender aspects, biopolitics, etc.), the artists' positions propose an 'aesthetics of care' as the basis for inter-species coexistence. Here, the planet is understood as a symbiotic web in which we are all entangled with one another (humans, plants, animals, environment) - on molecular, organic, ethical and biopolitical levels. The artistic positions investigate reproductive mechanisms, biochemical connections between humans and nonhumans, and refer to alternative biomaterials as "source of life" in future times of scarcity and crisis.

The exhibition title "The Camille Diaries" alludes to the "Camille Stories" the final chapter of "Staying with the Trouble" (2016) by philosopher and biologist Donna Haraway, a speculative future where a dwindling human population replaces births with care between species. Each "Camille" cares for the genetic material of an endangered species (the monarch butterfly) by storing parts of that material in their own DNA. In the exhibition artists explore genetic and biochemical exchange between human and non-human, a both part of and remedy for the Anthropocene. Here the theme of biotechnological transfigurations of human bodies places the human being on the periphery and rather directs our full attention to other living beings. This creates - and this is central to the planned series of events - a basic understanding of other species and organisms from a feminist perspective.

Sonia Levy's 2-channel video installation For the Love of Corals is a cinematic inquiry that focuses on the daily labour of caring for endangered beings to resuscitate them from their imminent human-induced extinction. Mary Maggic's work milik bersama rekombinan explores the surreal landscape of an urban Indonesian river colonized by plastic, with toxic implications for nearby inhabitants. For their project Mammalga Naja Ankerfeldt and Baum & Leahy find inspiration in the life remediating abilities of the algae as well as ways of m/othering or making kin in algal family patterns. In Špela Petric's installation Phytoteratology, thale cress embryos have been grown in a bath of chemicals from the artist’s own body, resulting in a biochemical chimera with the artist as 'co-mother'.

Margherita Pevere's Wombs features scientific glassware hosting living bacterial colonies producing flesh-like biofilm, growing in a liquid environment infused with the artist's own hormones, and a photographic series. Ai Hasegawa proposes a transspecies act of motherhood in her work I Wanna Deliver a Dolphin... Nicole Clouston's artwork Mud (Berlin) takes the form of 12 rectangular, acrylic prisms filled with organisms growing from mud taken from Berlin's lakes and rivers. In Haem artist Cecilia Jonsson and scientist Rodrigo Leite de Oliveira have created a compass by deriving iron from the blood protein haemoglobin of donated human placentas. Meanwhile Tarah Rhoda's Ourglass is a tribute to the remarkable alliance between plants and animals through the photosynthesis and respiration.

The one-day symposium brought the artists together with researchers from the humanities and natural sciences into a critical dialogue. In the panels “M/others, wombs and placentas”, “Fluid Inheritance” and “Modes of care” we discussed current and alternative concepts. On the basis of the exhibit reflected approaches like "Collective survival" and "Arts of noticing" (A. Tsing), "Staying with the Trouble" (D. Haraway), and in particular “Bodies of water” connected to hydrofeminism (A. Neimanis). 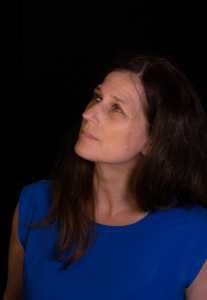 Regine Rapp
174. Staying in touch: sci-fi experiments for post-coronavirus art curating (Marta de Menezes, Annick Bureaud, Regine Rapp, Christian de Lutz, Byron Rich, Paula Burleigh, Francesco Kiais, Jill McDermid-Hokanson and Christl Baur)
180. The Camille Diaries. Current Artistic Positions on M/otherhood, Life and Care (Regine Rapp and Christian de Lutz)
Regine Rapp M.A. is an art historian, curator and director of Art Laboratory Berlin. Her current research focuses on installation art, artist books, hybrid art and art & science collaborations. She has taught art history at the Burg Giebichenstein Kunsthochschule Halle. As co-founder and director of Art Laboratory Berlin, she researches, curates and publishes on 21st century art at the interface of (natural) science and technology. In this context she conceived the international conferences “Synaesthesia. Discussing a Phenomenon in the Arts, Humanities and (Neuro)Science” (2013), “Nonhuman Agents” (2017) and “The Camille Diaries” (2020). In the project Mind the Fungi in collaboration with the TU Berlin she has worked at the interface between artistic and scientific research.
Regine Rapp 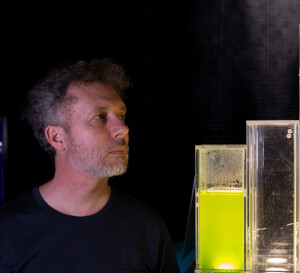 Christian de Lutz
174. Staying in touch: sci-fi experiments for post-coronavirus art curating (Marta de Menezes, Annick Bureaud, Regine Rapp, Christian de Lutz, Byron Rich, Paula Burleigh, Francesco Kiais, Jill McDermid-Hokanson and Christl Baur)
180. The Camille Diaries. Current Artistic Positions on M/otherhood, Life and Care (Regine Rapp and Christian de Lutz)
Christian de Lutz is a curator and visual artist, originally from New York. As co-founder and co-director of Art Laboratory Berlin he has curated over 40 exhibitions, including the series Time and Technology, Synaesthesia, [macro]biologies & [micro]biologies, and Nonhuman Subjectivities. His curatorial work focuses on the interface of art, science and technology in the 21st century, specialising on BioArt, DIY Science initiatives and facilitating collaborations between artists and scientists. Publications include [macro]biologies & [micro]biologies. Art and the Biological Sublime in the 21st Century, which reflects theoretically on Art Laboratory Berlin's 2013-15 program, and an introductory essay in Half Life. Machines/ Organisms, Artistic Positions in the context of Climate Change and Extinction (2018). He is also active in a number of collaborative organisations including transmediale/ re-Source, Synapse (Haus der Kulturen der Welt), The Berlin Network of Free Project Spaces and Initiatives, and 21cc. Network for hybrid and digital practices.
Christian de Lutz
Back