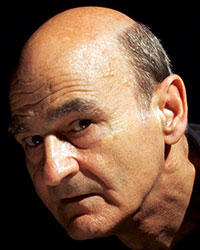 Stelarc is a performance artist who has visually probed and acoustically amplified his body. He has made three films of the inside of his body. Between 1976-1988 he completed 26 body suspension performances with hooks into the skin. He has used medical instruments, prosthetics, robotics, Virtual Reality systems, the Internet and biotechnology to engineer intimate and involuntary interfaces with the body. He explores Alternate Anatomical Architectures with augmented and extended body constructs. 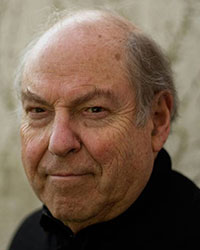 He is President of the Planetary Collegium (World Universities Forum Award for Best Practice in Higher Education 2011), and the DeTao Master of Technoetic Arts at the Beijing DeTao Masters Academy in Shanghai; Honorary Professor of Aalborg University, Copenhagen, and University of West London.

He is a graduate of King's College, University of Durham. He advises new media centres, festivals and juries throughout Europe, Australia, Brazil, Canada, China, Japan, Korea, the USA, CEC and UNESCO. 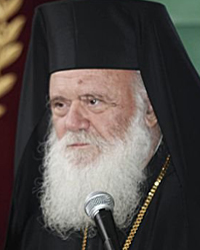 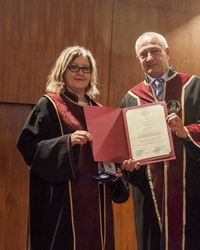 Video of the ceremony

Eija-Liisa Ahtila is one of the most celebrated visual artists and filmmakers. She has studied visual arts in Helsinki, and film in London and Los Angeles. Ahtila has herself described her work as “human dramas”. Her work focuses on existential issues and film language, and more recently, on more profound theoretical and philosophical issues, concerning human existence and culture. In her recent works Eija-Liisa Ahtila widens the focus from people onto their environment, departing from a biopolitical perspective. For example, in her film Studies on the Ecology of Drama she explores ways of creating images that move beyond cinematic anthropocentrism onto issues concerning the ongoing ecological crisis. Among others, her work has been shown in individual and retrospective exhibitions in Tate Modern, in MoMA, in Guggenheim, in Bilbao, in Jeu de Paume, in Neue Nationalgalerie in Berlin, in Kiasma in Helsinki, in Moderna Museet in Stockholm, while she has participated in influential group shows, such as Venice Biennale. Her work has received numerous distinctions and awards, including, an honorary mention at the 48th Venice Biennale (1999) and Artes Mundi Prize (2006). She is a former professor at the Finnish Academy of Fine Arts, at 2009 she was honoured with the title of Academician of Art. Her works have been shown in significant festivals all over the world, as well as on television.