In a series of lectures, posthumously published under the title „Society Must Be Defended”, philosopher Michel Foucault outlines a historic shift in the mode of governmentality. The traditional idea of sovereignty relates to a power of taking life away. The sovereign is a ruler endowed with the right to end the lives of citizens or, conversely, to let them live. In the 19thcentury, however, a new paradigm emerges. This is „the power to ’make’ live and ’let’ die.”Foucault describes this novel form of power as „biopower”, because rather than disciplining individual bodies, it is applied in a generic manner to the biopolitical management of entire populations. The subject of power from here on out is a statistically constructed multiplicity treated in the manner of a mass. Interestingly, in parallel with this change Foucault also registers a disappearance of public punishment. Even if those subjected to power are put to death, indeed in sometimes huge numbers, all this is hidden from view. This occlusion of the murderous aspect of power stems from a secular relation to the issue of death. In a traditional social context, death is a transition between two sovereigns, the earthly ruler and the heavenly God. Secularization undoes the latter, but according to Foucault this rejection of the afterlife also has the paradoxical effect of transforming death into an escape from power. A„disqualification of death” ensues which unintentionally places death outside sovereignty. In our presentation we seek, through a close reading of Foucault’s biopolitical lectures and other texts, to better understand the role of death in Foucault’s work. While the industrial-scalemurders implemented in 20th century totalitarian regimes represented an apotheosis of biopower, paradoxically a voluntary death can also be conceptualized as a way of attaining the „outside” which lies beyond both thought and power. At work beneath the surface of Foucault’s work there is an affirmation of a death-drive that undoes the subject. A reading of the Foucauldian idea of death as absolute transgression connects well with Claire Colebrook’s contemporary nonhumanist post-vitalist emphasis on the place of extinction. Most philosophies of life to date have been predicated upon the idea of the self-maintenance of the organism. But according to Colebrook this has resulted in restricting thought, enchaining it to the body. The emphasis on corporeality in Continental philosophy, while liberating us from Cartesian dualism, has resulted in undue attachment to the figure of the closed organism. Hence, if philosophy is to become truly emancipative, Colebrook suggests that we must reconceptualize death as the ultimate line-of-flight. Absolute freedom is the opening up of the organism to the anorganic. 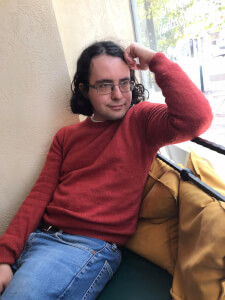 Adam Lovasz
92. Death as Absolute Transgression in the Philosophies of Michel Foucault and Claire Colebrook (Adam Lovasz, Mark Horvath)
Adam Lovasz is an Australian-born philosopher based in Hungary. Currently Lovasz is a PhD student enrolled in the Ethics and Political Philosophy Program at Eötvös Loránd University, Budapest. His interests include Continental Philosophy, embodiment, phenomenology, posthumanism and speculative realism. Lovasz is author and co-author of numerous books, most recently the first Hungarian-language textbook on Speculative Realism and New Realism, and is also co-founder (with Mark Horvath) of Absentology, a center for international collaboration and interdisciplinary philosophical inquiry.
Adam Lovasz 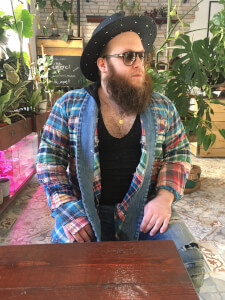 Mark Horvath
92. Death as Absolute Transgression in the Philosophies of Michel Foucault and Claire Colebrook (Adam Lovasz, Mark Horvath)
Mark Horvath is a philosopher and researcher who lives in Budapest. He is a co-founder and co-editor of Absentology, a Facebook page dedicated to philosophy and weird science, and Poli-p, a Hungarian posthumanist collective. His areas of interest include posthumanism, digital studies, speculative realism, pessimism, nihilism, finitude, and the anthropocene. He has published ten books, including two monographs in English.
Mark Horvath
Back