The presentation reviews the largely undiscovered work of Greek-Alexandrian polymathartist PolyXene Kasda, a remarkable case in the Greek interdisciplinary art scene (1980-present). With focus on her long-spanning project Myth/Network (1990-2017), the presentation outlines her multimodal art-based research, including her empirical study on the epistemology of myth.

Kasda’s film documentary “The Adventures of the Eye” (ERT, 1986) and her acclaimed book “The Conscious Eye: Art-Perception-Informatics” (Aigokeros, 1988) can be considered a landmark in the art theory and artificial intelligence discourse in Greece. Her following project “Myth/Network” (1990-2017) forms an original body of work on the epistemology of myth, located across the epistemic profound, artistic pristine and scientific profane. The project was manifesting through document-based ideographies, immaterial or dematerialising botanical artworks, community-based scripted art expeditions and self-reflexive narrative texts, among others. Myth/Network included the publication of herhighly disputable book “Pyrisporos: Art-Science-Mythology” (Aigokeros, 1994), which contained radical extrapolations and hermeneutics of scientific, artistic and cultural heritage exploratory references, in chapters titled as “Cannibalistic Galaxy and Jumper Genes'' and “Sirius, Serialism, Sirens and Clockwise Enzymes”. As she recalls in her biography, the book “Pyrisporos” disturbed and chased away the audience she had gained with her previous publication, “The Conscious Eye” (Kasda, 2016).Myth/Network embodies an original epistemology of myth examined through art-based research. In the context of interdisciplinary myth studies, Kasda conceptualises Timaeus’“Khôra” as the foundation of mythical topology and “mythical agents” (analogous to D.Hoffman’s “conscious agents”). 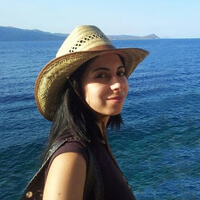 Mariana Ziku
88. Myth/Network (1990-2017) - The epistemology of myth (Mariana Ziku, Polyxene Kasda)
Mariana Ziku is an art historian and curator specialising in digital cultural heritage, with research focus on intangible, audiovisual and documentary heritage. She is an advocate of open culture and knowledge. She has studied extensively the work of artist PolyXene Kasda. She is concerned with the concepts of immateriality, collectivity and copy, re-interpretation and re-enactment in the arts and humanities, extended to cultural expressions of anonymity, improvisation, collective narratives/aesthetics, community-based practices and the commons. She holds a MSc in Digital Humanities (Department of Computer Science, KU Leuven, Belgium), a MA in Art History/Theory and Curation, a BA in Art Sciences (Department of Fine Arts and Art Sciences, University of Ioannina, Greece) and a CERT in Cultural Management (Centre of Continuous Education and Training, University of Athens). She is also a graduate of classical piano and music harmony of the Municipal Conservatory of Ioannina. She is co-founder and programme curator of the Biennale of Western Balkans.
Mariana Ziku 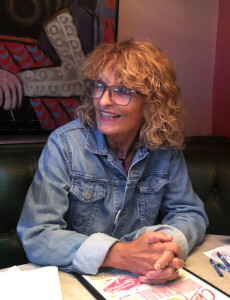