This panel explores “Fermenting Futures” a new body of work by artists Anna Dumitriu and Alex May created in collaboration with the Professor Diethard Mattanovich and Dr Özge Ata at the Institute of Microbiology and Microbial Biotechnology at BOKU - Universität für Bodenkultur in Vienna. The project explores the latest synthetic biology innovations in yeast research. The team will discuss the collaborative process behind the work, the artistic and scientific journey and the resulting artworks.

Yeast is a workhorse of biotechnology nowadays and used at the heart of synthetic biology research for outcomes as diverse as food production, beer and wine production, vaccine manufacture, plastic production and carbon capture. From ancient times it has been integral to human life and some historians even believe that the ability of one yeast to ferment alcohol led to the development of human settlements, as people needed to stay near and farm their crops to make beer.

A key work in the series both explores and physically contains a biotechnologically created yeast that can capture carbon in the atmosphere transformed to create biodegradable plastic for 3D printing. This work brings together various areas of yeast research and points towards efforts in biotechnology to mitigate issues or climate change and plastic pollution. The artists are working with yeast called Pichia pastoris, originally found in the sap of a chestnut tree, which is the subject of focussed research to capture carbon in the atmosphere. Scientists in the lab have used genetic modification techniques and directed evolution (where the yeast is exposed to certain conditions and becomes slowly more tolerant of them) to create a yeast capable of capturing carbon and producing animal feed with it. Other researchers in the team are working with another species of yeast called Saccharomyces cerevisiae using similar techniques in order to make it produce large quantities of lactic acid in order to make PLA (3D printing plastic filament) which in its unadulterated form is rapidly biodegradable in composting. The artists are working with a researcher to transform the carbon capture yeast using CRISPR so that it can also produce lactic acid, and will begin the directed evolution process to improve its tolerance of the lactic acid it produces. They will extract the small amount of lactic acid produced by the modified Pichia pastoris yeast, and extract a larger quantity from the lactic acid producing Saccharomyces cerevisiae and create their own 3D printing filament from scratch, producing a small object as the initial precious outcome of this endeavour. The flaws in the homemade PLA filament will be part of the artwork. The results will be far from perfect but indicate the huge potential for these techniques to impact future ecosystems.

Other aspects of the project explore themes as diverse as yeast ‘gender’, the impact of pigmented yeasts on the preservation of antiquities, yeasts as protein factories, and new yeasts for the fermentation of bread and alcohol. 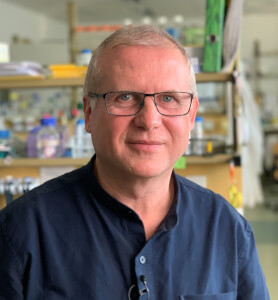 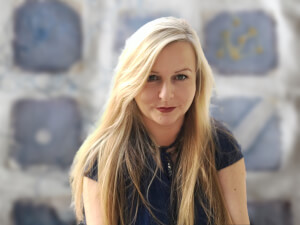 Anna Dumitriu
87. Fermenting Futures (Diethard Mattanovich, Anna Dumitriu, Alex May, Özge Ata)
Anna Dumitriu works with BioArt, sculpture, installation, and digital media to explore our relationship to infectious diseases, synthetic biology and robotics. Exhibitions include ZKM, Ars Electronica, BOZAR, The Picasso Museum, HeK Basel, and MOCA Taipei. She holds visiting research fellowships at the University of Hertfordshire, Brighton and Sussex Medical School, and Waag, plus artist-in-residence roles with the Modernising Medical Microbiology Project at the University of Oxford, and the National Collection of Type Cultures at Public Health England. She was the 2018 President of the Science and the Arts Section of the British Science Association. Her work has featured in many significant publications including Frieze, Artforum International Magazine, Leonardo Journal, Nature and The Lancet. Current collaborations include the Institute of Microbiology and Microbial Biotechnology at BOKU in Vienna, the EU CHIC Consortium, the University of Leeds, and the Institute of Epigenetics and Stem Cells at HelmholtzZentrum in München. https://annadumitriu.co.uk/
Anna Dumitriu 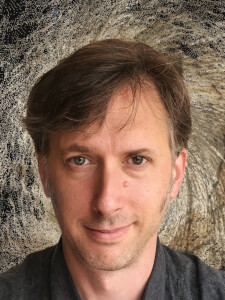 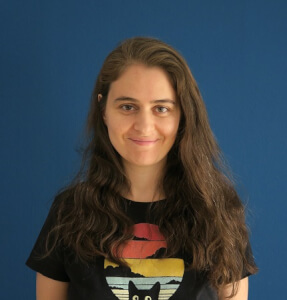 Özge Ata
87. Fermenting Futures (Diethard Mattanovich, Anna Dumitriu, Alex May, Özge Ata)
Özge Ata received her PhD degree in 2017 with a focus on transcriptional and promoter engineering in Pichia pastoris, a workhorse yeast for recombinant protein production. After completing her PhD studies, she was awarded an Ernst Mach grant funded by the Austrian Agency for International Cooperation in Education and Research (ÖAD) for her project on the energy and carbon utilization metabolism of P. pastoris based on its fermentative characteristics. Currently she is working on a project on a synthetic organo-autotrophic P. pastoris that is capable of CO2 fixation. By using the state-of-the-art techniques and metabolic modelling methods, this project aims to engineer a P. pastoris strain that can capture CO2 and metabolize it into valuable organic molecules. Recently she has been awarded a Lise Meitner grant by The Austrian Science Fund (FWF) where she will lead a project to explore the genetic mechanisms and evolutionary origins of fermentation in yeast.
Özge Ata 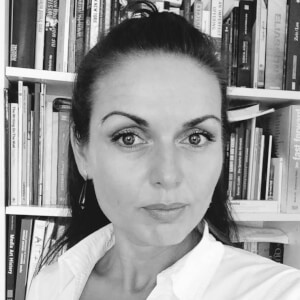