Soft, fleshy and viscous, the oyster is a magnificent and extremely talented creature of the sea. Almost extinct by the mid 20th century, one tiny 2-inch organism can filter up to 50 gallons (190 liters) of polluted water per day. Its shell forms a natural reef system that protects coastlines against rising sea levels. And legends speak wonders of its euphoric powers. So what if we bioengineered this magical species to transform water toxins into an aphrodisiac potion and sprinkled it into public drinking water? Could we create a public sentient machine better able to handle the climate crisis?

Aphrodisiac in the Machine is a multimedia installation that explores the ethics and economics of bioengineering nonhuman life for human survival. Merging fact and fiction, the project plays on the libidinous myth of the oyster, a hermaphroditic organism, being bioengineered in a futuristic aquaculture farm. In the story, technology is eroticized as the intersexual cyborg oysters convert toxic water into an aphrodisia-inducing fluid that is piped into municipal water sources.

In the project, the myth becomes a metaphorical wrench in the new global machine of sea farming as more sentient ways of being are unleashed into networks and infrastructures. Focusing on current environmental issues, the narrative moves between multiple perspectives and ways of knowing and being sentient as the story unfolds — the human, the libidinal, the oyster, the invisible living matter in the water and of the network. A non-human subaqueous system is explored comprised of not only the organic flesh and fluids of the oyster body but also the flows of data that circulate throughout. Perhaps the humble oyster could awaken humans from their technological stupor and teach them to proactively disrupt the desensitizing effects of techno-media machines. 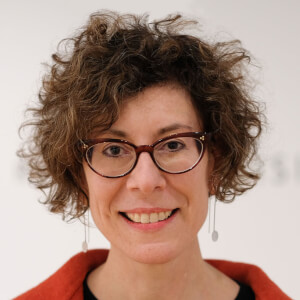 Stephanie Rothenberg
77. Aphrodisiac in the Machine (Stephanie Rothenberg)
Stephanie Rothenberg’s interdisciplinary art draws from digital culture, science and economics to explore relationships between human designed systems and biological ecosystems. Moving between real and virtual spaces her work investigates the power dynamics of techno utopias, global economics and outsourced labor. Her recent project examines the ethics of bioengineering nonhuman life for future human survival. She has exhibited throughout the US and internationally in venues including Eyebeam (US), Sundance Film Festival (US), House of Electronic Arts / HeK (CH), LABoral (ES), Transmediale (DE), and ZKM Center for Art & Media (DE). She is a recipient of numerous awards, most recently from the Harpo Foundation and Creative Capital. Her work is in the collection of the Whitney Museum of American Art and has been widely reviewed including Artforum, Artnet, The Brooklyn Rail and Hyperallergic. She is Associate Professor in the Department of Art at SUNY Buffalo in New York.
Stephanie Rothenberg
Back