76. The evolution of Olympia as the example of transfiguration from human to post-human. Philosophical analysis of selected artistic representations of Olympia
Session: Session "ORF10 / Crack"
Speakers: Dominika Czakon

Olympia is generally known as a nude woman – prostitute, laying on a bed, confronting the viewers by boldly staring at them. This strong, symbolic figure for many years functioned historical context referring to humanistic and anthropocentric culture. The famous artistic representations of Olympia are: Édouard Manet Olympia (1865), Paul Cezanne Modern Olympia (1873). Some of the older ones, in which Olympia has different names, like: Giorgione, Sleeping Venus (circa 1510), Titian, Venus of Urbino (1538), Francisco de Goya, La maja desnuda (circa 1797-1800), Jean Auguste Dominique Ingres, Grande Odalisque (1814).

However, our culture has dramatically changed since the end of the 19th century as well as the way of perceiving Olympia. In the last centuries artistic representations of Olympia’s figure very interestingly shifted from human to a post-human creature.

In my presentation I will indicate several stages of the Olympia’s evolution by conducting an interpretation of this figure presented in the selected works of art. First, I will focus on the historical works of art mentioned in the paragraph above. Afterwards, I am going to examine contemporary art pieces, such as: photographic cycle Olympia created by polish artist Katarzyna Kozyra, Beth Cavener’ sculpture named Olympia (2006), Yasumasa Morimura, Portrait (Futago) (1988) and Une modern Olympia (2018). I will also recall objects like Dollomi Victoria Sex Doll Olympia (165 cm Realistic Elf Lovedoll) and a sport event Ms. Olympia, professional female bodybuilding competition. 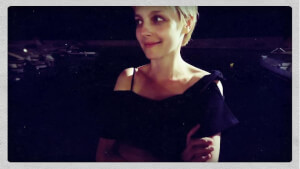 Dominika Czakon
76. The evolution of Olympia as the example of transfiguration from human to post-human. Philosophical analysis of selected artistic representations of Olympia (Dominika Czakon)
Doctor of Philosophy (Ph.D.), 2017. Employed as an assistant professor at the Institute of Philosophy, Jagiellonian University. Main researcher of the research project ‘The Roman Ingarden Digital Archive’. Deputy editor-in-chief of the philosophical-aesthetical quarterly 'The Polish Journal of Aesthetics'. Research activities deal with aesthetics, hermeneutics, and feminist philosophy. Recently has published a book on the hermeneutic interpretation of contemporary art, based on a proposition of H.-G. Gadamer. Divides free time between family and friends, reading classic and fantasy literature, photography, walks with her dog, and travelling whenever possible.
Dominika Czakon
Back