Since the beginnings of the post-humanist and eco-philosophical traditions various scholars have been fascinated with the monstrous in the reading of a breach of boundary of classical humanist constructions of category (Haraway, A cyborg manifesto, 1984; Cohen, Monster theory, 1996; Braidotti, Metamorphoses, 2002). Thereby, the monstrous has often worked as a critical device to transcend the conditio humana and reunite culture and nature in the concept of the post-natural. Recent studies such as Anna Tsing’s The mushroom at the end of the world (2015), Jeffrey Nealon’s Plant theory (2015) or Donna Haraway's Staying with the trouble (2016) present this post-natural monstrous no longer as the sublime, vast and numinous but rather as something rehabilitating the essential, but traditionally often abjected germinal bottom of existence (Kristeva, Pouvoirs de l'horreur, 1980; McCormic, Sexual outcasts, 2000). Against this backdrop, the authors promote basic vital processes of symbiogenesis between various lifeforms from monocellular microorganisms to fungi, plants and vertebrates, which include germination, proliferation, putrefaction, cellular fusion and assimilation, reworked and resignified by human technology as structural models for new post-natural, non-hierarchic, symbiogenetic and sympoietic entanglements (Haraway 2016). Similar ideas are also crucial for various contemporary artists speculating on and testing out the prospects on such entanglements. Thereby, the artists do not only get inspired by philosophical theory, in contrast they also inspire the authors, cooperate with scholars and scientists in manifold ways, and develop their own artistic strategies to transform mental speculations on post-natural entanglements into a material presence. The paper aims to examine on such transformations by focusing on two artistic strategies demonstrated on selected examples against their philosophical and scientific backdrop. The first strategy includes somatic transspecies blending through the use of technology such as Špela Petrič’s embryonic human-plant-hybrids of Phytoteratology (2016), which were created by hormones taken from the artist’s urine, to explore on future prospects on new kinships between human and vegetable life in terms of motherhood and care. The claim for kinship with and care of technologically created, germinal hybrids also characterizes the second artistic strategy in terms of a congenial biofictionality to be found in Patricia Piccinini’s Still life with stem cells (2002) and Eagle egg men (2018) which discuss traditional conceptions of species, gender, culture/nature and germination. While the first strategy emphasizes the accomplishment of transspecies blending through the use of technology discussed against the backdrop of ideas from eco-critical philosophy (Nealon 2015) as the basics for new kinships, the second speculates on such blending’s socio-ecological consequences, especially the relevance of sympathy and care, by staging an affecting biofictional corporality. The paper will outline both strategies comparatively to discuss their special potentials to create prosperous post-natural entanglements raising from the germinal bottom of existence with a focus on the role of art and technology in these processes of creation. 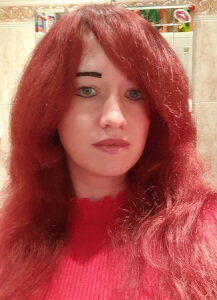