Modern western societies are governed in ways that delimit officially available subjectivities (subjectivity here understood as a person’s sense of self) from undesirable ones. One central mechanism through which this ordering is achieved is by classifying mind-modulating substances into different categories, thereby rendering some acceptable within bounds (e.g. alcohol, opiates) and defining others, such as psychedelics, as off-limits. A historical perspective, however, reveals that the societal status of these substances is constantly in flux. During the course of the past century, psychedelic substances such as LSD have moved from being a CIA-investigated potential mind-control technology, a means to raise consciousness and liberate the mind in the hippie counterculture, to being placed into the government- defined taboo category. The ensuing War on Drugs is essentially a war against specific subjectivities rather than substances.

Yet since the turn of the millennium the status of psychedelics in society is slowly changing again, as we find ourselves in the midst of a resurgence of psychedelic studies demonstrating the mental health benefits of psychedelic-assisted psychotherapy and highlighting the importance of mystical, self-transcending experiences to foster healing. Without a doubt, we are standing at the brink of another shift in how western societies use and understand psychedelics. A central question then is in how far this shift could also reconfigure the landscape of subjectivities, in terms of their availability and distribution, and as a consequence induce broader social change?

Against this background, this talk presents a perspective on psychedelics as psycho-spiritual- social technologies that allow to alter subjectivities in a variety of ways, depending most fundamentally on the intention/mindset of their users and the relations established between human and (non-)human others. I argue that psychedelic technologies enable a transgression of three entangled societal taboos, when approached with an inquisitive mindset: the taboo against knowing who we are (Watts 1989/1966), which stabilizes human beings’ misidentification as limited bodyminds separate from other humans, nature, and the mind@large (Ascott 2000), and thus legitimizes exploitation; the taboo of subjectivity in science (Wallace 2000) that relegates the experiential, subjective, and spiritual dimensions of consciousness to the fringes and judges them as less truthful than “objective” science; and the taboo of questioning and resisting authority (challenged from Socrates up to Timothy Leary, Peter Weibel and beyond) that guards hierarchical power structures and reproduces inequalities by prescribing norms and rules of conduct from “above.” I will discuss the potential opportunities and pitfalls that psychedelics offer to shake up these taboos and re- make subjectivities in the sciences, arts, and broader society during the current Psychedelic Renaissance. 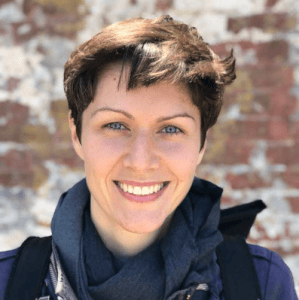 Claudia Schwarz-Plaschg
71. Psychedelic technologies and reconfigured subjectivities: Transgressing the taboo of self-transcendence (Claudia Schwarz-Plaschg)
Claudia Schwarz-Plaschg is a postdoctoral researcher at the Department of Science and Technology Studies at the University of Vienna. As part of her EU-funded Marie Skłodowska-Curie Fellowship, she currently explores how re-emerging research on and attempts towards medicalizing psychedelic substances relate to other models for how to responsibly reintegrate psychedelics into society. In this context she thinks about the evolving ecosystem of socio-psychedelic imaginaries, the role of psychedelics in times of (environ)mental crisis, and the subjectivities that psychedelic technologies help to unearth and co-create. Her more general research interests revolve around the sociopolitical and cultural dynamics of (re-)emerging scientific fields and technologies, with a particular emphasis on the role of retro-prospective imaginations, governance processes, and public engagement.
Claudia Schwarz-Plaschg
Back