This is a tale about diaspora, rooted in trauma, genocide, struggle and ever shifting borders, where the human condition is faced with resistance and displacement; the endless fight of an ethnicity which are ‘homeless at home and stateless abroad’. An immersive tale of forbidden imagery, soundscapes and testimonies, of ‘ancient woes’ which ‘are locked inside an obscure language’, at times sublime at others liminal, which reminds us that human-kind is capable of inventing ever more atrocious forms of violence, vicious complicity and horror. Yet the Kurds, remain away from ‘any ready-made political blueprints’ stated Abdullah Öcalan. Betrayed by their Western allies they have powerful, impatient enemies always waiting to attack. Enemies which disregard their heritage and traditions, so it seems that “for them, the act of survival, even identity itself, is a kind of victory” once Hitchens wrote.

In this paper I present visual evidence gathered on the ground with the support of Rojava refugees at the camps of Bardarash and Arbat in Kurdistan, via immersive and multimedia technologies during the US/Shia-Iranian missile crisis which lead to the death of general Qasem Soleimani (3rd January 2020) which highlights a ‘taboo’ and ‘forbidden’ hypothesis to the civil society and policy makers in the west, which is that European ‘advanced border’ military policy in the region is in fact favouring the genocidal campaigns undertaken by the Turkish regime with the support of terrorist Islamic jihadist groups against the Kurdish people in Rojava and Kurdistan. Indeed, a direct violation of the UDHR of 1948, where Turkish Regime with the complicity of NATO is indeed becoming Europe ́s ‘advanced border’ proxy in the Northern Middle East.

The evidence was filmed and photographed in these sensitive settings by the young refugees themselves, who were provided and encouraged to use these technologies, record their own material, testimonies and participate in the making process.

This is a tale told by the young refugees themselves, their story, their tale, their experience. You see through their eyes. 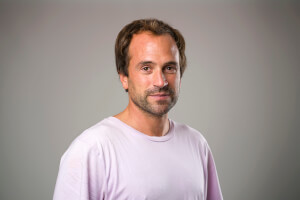