In his book "What is life?," published in 1944, the founder of quantum mechanics Erwin Schrödinger introduced a new definition of life . According to this definition, life breaks away from the definition of an animate body that had prevailed for so long and had limited it to organic structures. Schrödinger, however, expands the mystery of life to non-organic structures such as crystals or physical-chemical structures and pursues the question of an inner nisus formativus (force of formation) through which forms form. Any form, whether it is formed in space or on earth, is worthy if life because of its formative power. In 1961, almost 20 years after the publication of Schrödinger's book, the inventor of the electron capture detector James Lovelock set out to explore life on Mars on behalf of NASA. This assignment was consistent with Schrödinger's definition of life: Life feeds neg-entropically.

From this point of view, the boundary collapses between modern culture’s understanding of the artificial and the natural. According to Schrödinger, life is morphogenesis, namely the organization of forms and their arrangement. And, still according to Schrödinger, this is a process opposed to entropy: the formation of forms is owed to the miracle of resistance to decay.

The aim of this paper is to present the formation of differentiated forms of ontogeny (developmental embryology) from the perspective of the connection between entropy and self-organisation. To this end, I focus on a reflection on the epistemological framework in which the biological cycles of development and reproduction are explained from the perspective of the organization of structures and their complexity.

In this context, we start from the admirable fact that cells that are genetically equivalent at the beginning of development evolve in different directions, differentiating their shape and function. Ontogenesis, and embryology in particular, draw attention to development as a basic fact of life that can be directly proven by observation. It is neither an effect of pre- formative structures nor a new formation, but rather a succession of forms in the continuous

process of differentiation which finds its goal in the finished, perfect form of the individual according to an "inner necessity".

This process is consistent with any self-organized development, which refers to the emergence of structures, and thus of order and organization, in an operationally closed (autonomous) system. "Operationally closed" designates a system in which the process of internal order formation is not imposed by external causes but caused by the components of the system itself. Although the concept of self-organization already has a long tradition and first appeared with Immanuel Kant, it became more prevalent towards the end of the 1960s in the context of approaches to explain phenomena of dissipative structures. With this, a new, important principle of self-organizing systems was found. After World War II, the need to develop a general theory of circular (recursive) causality of feedback mechanisms, self- reference, etc. became increasingly urgent in cybernetics. Using C.E. Shannon's information theory, H. von Förster/Foerster demonstrated in 1960 that an open system can not only move to a higher order by absorbing ordered structures (negative entropy) (Schrödinger's principle "Order from Order"), but also through external disturbances ("Order from noise").

The aim of this contribution is to examine the morphogenetic processes of ontogenesis from the perspective of a self-organizing process, whereby life as a force is defined as responsible for the organization of matter. Examples such as crystal organization and embryology are used to illustrate this process. 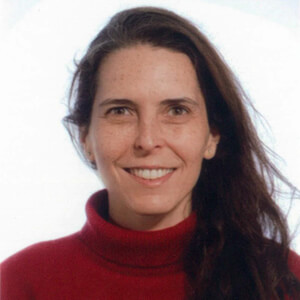 Arantzazu Saratxaga
60. Process and Ontogenesis: Entropy and self-organisation in embryonic development of organically and inorganically organised structures. (Arantzazu Saratxaga)
Arantzazu Saratxaga Arregi (*1982) wrote a dissertation at the Hochschule für Gestaltung Karlsruhe on “A systematic introduction of a matrixial philosophy. For a multivalent ontology: mother-worlduterus” in philosophy. https://www.transcript-verlag.de/978-3-8376-4590-3/matrixiale-philosophie/. She is currently a postdoctoral researcher at the Academy of Fine Arts (Vienna) in the project “The Dissident Goddesses´; Network. Contemporary Prehistories”. In addition, she is lector at the University of Applied Arts, Vienna and holds lectureships and seminars at several German universities and colleges with a focus on cultural engineering, media theory and cybernetics. The themes of her recent seminars have been the exploration of themes that encompass the blind spot of mediality as such, where mediality is entangled in a contradiction: Immediacy and mediation, openness and closeness. In addition, their topics focus on the philosophical approach to technology and cultural education, e.g. intimacy and technical media. Her research focuses on the interior in its broad semantic interpretation from a philosophical point of view and based on disciplines such as media philosophy, philosophy of technology, theory of science, cybernetics and contemporary philosophies. This is concerned with the question of the development of endomilieus and how they occur in the absence of their appearance. The attempt at a processual ontology of the endomilieus forms a focal point of matrixial philosophy.
Arantzazu Saratxaga
Back