I plan to present my recent treatment for a forthcoming experimental feature film called Worm Pornography.

The work details the complex and unusual life cycle of a synthetic organism/parasite that migrates from domestic cats to humans and ultimately to contemporary media to complete different stages of its life cycle. The title worm pornography directly addresses the idea of the human body being a form of pornography not for other humans but for the parasite to penetrate, consume and ultimately breakdown in death.

The definitive stage of the parasite finds its home in the contemporary media landscape in particular laying its eggs within the obscure pornography genre online know as worm pornography. While technologies have increasingly become extensions of our bodies it is logical that organisms found in the body would migrate to our mediated world also.

Worm Pornography is symbolic of the nematode, the intestinal worm. This is combined with lusting human bodies which see the charged interior and exterior zone of the body and the symbolic primal animal energy of the human condition in our embrace with the most primitive of all life forms: the parasite.

Domestic cats in particular are seen as internet vectors, biological outgrowths of the internet. As many domestic cats carry the single celled parasite known as Toxoplasma Gondi, which can also infect humans. The synthetic parasite in Worm Pornography therefore finds an affinity for cats as the first stage of its life cycle.

Other themes in the proposed presentation explore the notion of autistic technologies and how software and hardware engineers of various computer systems historically have had suffered from a condition known as Engineers disease, a tendency for displaying autistic like traits, which have now been transferred and hardwired into various computer platforms making them more susceptible to infection from various worms, malware, computer viruses and parasites.

Also explored are the notion of slime game shows, where contestants are repeatedly bathed in slime, resembling a mucus like substance, which relates to a form of parasitic bio film. These slime game shows are ultimately connected to the worm sex act, whereby mucus like material referred to as slime tubes form around the worm in order for it to lay its eggs. 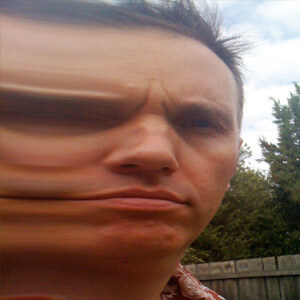 Ian Haig
6. Worm Pornography (Ian Haig)
Ian Haig works across media. His body obsessed themes can be seen throughout a large body of work over the last twenty years. His work has been exhibited in galleries and video/media festivals around the world. Including exhibitions at: The Australian Centre for Contemporary Art, Melbourne; The Ian Potter Museum of Art, Melbourne; The Experimental Art Foundation, Adelaide; The Australian Centre for the Moving Image, Melbourne; Gallery of Modern Art, Brisbane; The Museum of Modern Art, New York; Artec Biennale – Nagoya, Japan; Centre Georges Pompidou, Paris; Art Museum of China, Beijing; Museum Villa Rot, Burgrieden-Rot, Germany; The Havana Biennial, Cuba. In addition his video work has screened in over 150 Festivals internationally. In 2003 he received a fellowship from the New Media Arts Board of the Australia Council and in 2013 and 2017 he curated the video art shows Unco and Very Unco at The Torrance Art Museum in Los Angeles.
Ian Haig
Back