Without the phenomenon of doubt one cannot think of a revolution. It needs the vision of another being. This other being is what the revolution is about. What constitutes revolution  at its core is only possible because of this other being. But the other being is not the utopia, but the atopic, the restlessness, the attention, the silence. In order to better understand the atopic, the silence, the restlessness or even the attention, a little digression to the phenomenon of the idiot is worthwhile. “The idiot alone has access to something completely different”, Byung-Chul Han writes.

Han refers to a lecture by Gilles Deleuze, who stated that the function of philosophy is to play the idiot. The idiot has access to the truth and played an important social role until the 17th century. In the meantime, idiotism has become closely linked to philosophy, and any philosopher who creates a new idiom, a new language, or even a new way of thinking “will necessarily have been an idiot”.

Deleuze and his congenial partner Félix Guattari speak of the old and the new idiot. The old idiot wanted evidence. He wanted to get to that evidence through himself and he would doubt all truths, even the simplest ones. The new idiot hates evidence. They are of no interest to him and there is no question of resigning himself to this evidence. The new idiot wants the absurd and that is how a completely different picture of thinking emerges.

The tension between old and new brings the mindsets to collapse and the sustained tremor shakes the established knowledge. If the old idiot wanted to find out for himself what was understandable or not, what was reasonable or not, what is worth saving or not, what may or may not get lost, then he finally has a challenger.

The new idiot wants the lost, the incomprehensible, the absurd to be returned. If man succeeds in overcoming the stage of the old idiot and survives the transformation to the new idiot, then something really changes, because one thing is certain: there is another person in front of us. The new idiot exceeds, but his function in society is not recognized. We need more new idiots. In this lecture I will try to make a statement for the new idiot by pursuing the goal of advancing the transgression. 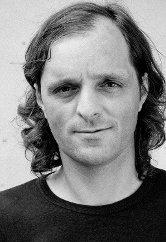