Spli/ilt is a lo-fi, live-action, first-person virtual reality experience where the viewer watches the artist intentionally pour hot coffee on her pubic region. The audience hears sounds of distress as the action occurs.

In this virtual reality project, the user’s periphery is obliterated as they embody a decapitated version of my body. The first-person experience is intended to destabilize the user’s subjectivity as they view my body as a stand-in for their own. This includes the inherent objectification that results from their inescapable gaze. Within the simulation, a white, cotton boundary is transgressed and my vagina comes under threat - perhaps symbolic of the castration that establishes subjecthood.(1)

Beneath the cloth boundary is where the line between the inside and outside of my body begins to blur – a vulnerable orifice that is the site of the abject.(2) The vignette visually submerses the viewer in the internal world of the headset while they contend with the awareness of their own body outside of the experience. Spli/ilt is an attempt to mimic the teeter - tottering experience of abjection.

Throughout the medium’s history, Feminists have considered VR for its potential to create a nonlinear, non-hierarchical way of communicating and exploring female subjectivity, but had their doubts given the patriarchal structure of the programming behind the new technology.(3)

The aesthetic of Spli/ilt is inspired by similar first person VR pornography experiences and through its content I hope to also rearrange tropes that have forever been perpetuated in 2D media. Another example is Jordan Wolfson’s Real Violence virtual reality experience in the 2017 Whitney Biennial, where the viewer confronts the artist brutally beating a person on a city street. The lack of narrative leaves the viewer to grapple with the brute force of this senseless murder.(6) Spli/ilt also utilizes the form of vignette to further the experience of abjection which exists in what is not said – and to do away with the expectations associated with narrative storytelling.(7)

(4) Ormonde Ryan. “SECOND SEX WAR Explores The Limits and Freedom of Our Bodies in Virtual Reality” 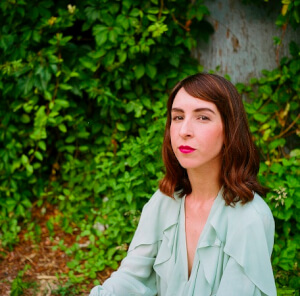 Danielle Damico
5. Spli/ilt (Danielle Damico)
Danielle Damico is a multimedia artist whose work explores transgression, technologically mediated intimacies and ecofeminism. She received her B.S. in Film, Video & Theatre from Stevenson University. Her works have screened at venues in and around Baltimore including 2640 Space, Mercury Theater and Red Room. Music videos she’s directed have premiered on PunkNews.org, Baltimore City Paper’s website and through numerous independent music blogs. Her immersive projection installation, 'What to Expect When You’re Expecting', was awarded the Hopkins Saul Zaentz Innovation Grant in 2019. Damico is currently pursuing her MFA in Intermedia & Digital Art at University of Maryland, Baltimore County (Spring 2021).
Danielle Damico
Back