The work How to Isolate and Amplify Clostridium Botulinum investigates how (military) powers are embodied by scientific practices. How does it matter when knowledge translates into practices via protocols? The bacterium Clostridium Botulinum is omnipresent in most soils and produces the highly lethal Botulinum Toxin (also known as BOTOX®). By the so called Biological Weapons Convention it is illegal in 187 countries to “develop, produce, stockpile or otherwise acquire or retain“ Botulinum Toxin “in quantities that have no justification for prophylactic, protective or other peaceful purposes“. In the protocol proposed by the work a detailed hands-on instruction is given of how to isolate and grow weaponizable quantities of the toxin producing bacteria. The protocol contains all materials needed, including hyperlinks to internet vendors of necessary materials with an overall cost of approximately 6000 USD and a time exposure of about 200 hours to produce significant amounts of the toxin. In the early 1990s the Japanese terrorist group Aum Shinrikyo used botulinum toxin at least on 3 occasions. Luckily the attacks failed due to unknown reasons. After the 1991 Persian Gulf War, Iraq admitted to the United Nations of having 10 000 L of weaponised Botulinum Toxin, more than any other biological weapon used by Iraq at that time. Their total stock supply of 19 000 L would approximately constitute the amount needed to kill humanity 3 times by inhalation. While official military use of Botulinum Toxin is dismissed by contemporary research, a “terrorist“ use of the substance is a realistic scenario. The protocol is the result of an online research, considering freely available scientific publications and copying from their methods and is delivered as folded brochures or as posters with QR codes linking relevant resources. What changes when knowledge is published? How can individual and collective empowerment, civil disobedience and asymmetric warfare can be understood through systems of power production and material practices? And what role plays the bare publication of knowledge and the resulting potential in these systems? The work addresses these questions via the tabooed theme of biological weapons and even manages to intensify the trope of empowerment through knowledge by giving a complex but realistic hands-on instruction. 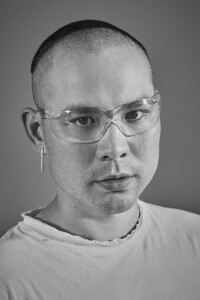