In order to lay the foundations for a discussion around the argument that the adoption of artificial intelligence (AI) technologies benefits the powerful few, focussing on their own existential concerns, the paper will narrow down the analysis of the argument to social justice and jurisprudence (i.e. the philosophy of law), considering also the historical context. The paper explores the notion of humanised artificial intelligence in order to discuss potential challenges society might face in the future.

The paper does not discuss current forms and applications of artificial intelligence, as, so far, there is no AI technology, which is self-conscious and self-aware, being able to deal with emotional and social intelligence. It is a discussion around AI as a speculative hypothetical entity. One could the ask, if such a speculative self-conscious hardware/software system were created at what point could one talk of personhood? And what criteria could there be in order to say an AI system was capable of committing AI crimes? The paper will discuss the construction of the legal system through the lens of political involvement of what one may want to consider to be powerful elites. Before discussing these aspects the paper will clarify the notion of “powerful elites”. In doing so the paper will be demonstrating that it is difficult to prove that the adoption of AI technologies is undertaken in a way which mainly serves a powerful class in society. Nevertheless, analysing the culture around AI technologies with regard to the nature of law with a philosophical and sociological focus enables one to demonstrate a utilitarian and authoritarian trend in the adoption of AI technologies.

The paper will then look, in a more detailed manner, into theories analysing the historical and social systematisation, or one may say disposition, of laws, and the impingement of neo-liberal tendencies upon the adoption of AI technologies. The regulatory, self-governing potential of AI algorithms and the justification by authority of the current adoption of AI technologies within civil society will be analysed next. The paper will propose an alternative, some might say practically unattainable, approach to the current legal system by looking into restorative justice for AI crimes, and how the ethics of care, through social contracts, could be applied to AI technologies. In conclusion the paper will discuss affect and humanised artificial intelligence with regards to the emotion of shame, when dealing with AI crimes. 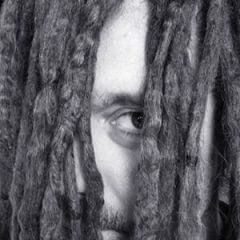 Adnan Hadzi
46. Mindless Futurism (Adnan Hadzi)
Adnan Hadzi is currently working as resident academic in the Department of Digital Arts, at the Faculty of Media and Knowledge Sciences, University of Malta. Hadzi has been a regular at Deckspace Media Lab, for the last decade, a period over which he has developed his research at Goldsmiths, University of London, based on his work with Deptford.TV. It is a collaborative video editing service hosted in Deckspace's racks, based on free and open source software, compiled into a unique suite of blog, cvs, film database and compositing tools. Through Deptford TV and Deckspace TV he maintains a strong profile as practice-led researcher. Directing the Deptford TV project requires an advanced knowledge of current developments in new media art practices and the moving image across different platforms. Hadzi runs regular workshops at Deckspace. Deptford.TV / Deckspace.TV is less TV more film production but has tracked the evolution of media toolkits and editing systems such as those included on the excellent PureDyne linux project.
Adnan Hadzi
Back