Tales and ancient myths often refer to the concept of transformation. Notably, many  ancient Greek myths use transformation as a solution to a problem; as katharsis, according to the ancient Greek term. Such is the case of Vavo's myth, which is closely associated with mysteries in ancient Elefsina and goddess Demeter. Vavo was an old servant who managed to make the goddess laugh, when the first picked up her dress and showed Demeter her genitalia and her pregnant belly. Apart from this myth, there are also many ancient Greek sculptures depicting this scene. Vavo’s myth and its artistic representation is a message of life to Demeter’s mourning for her daughter Persephone who was kidnapped by Hades.

Theoretical sciences, such as psychoanalysis and philosophy, have often based their new theories on ancient myths. But how is genetic science and, therefore, bio art with this particular ancient Greek myth? Furthermore, is bio art associated with ancient Greek myths and their representations and, if so, in which way? This paper examines the case study of Vavo's representations in relation to bioart and genetic science. More specifically, the works of bio artists, such as Patricia Piccinini's and Jalila Essaïdi's, will be investigated together with genetic science's accomplishments regarding the issue of the evolution of the human life, as well as the birth of a new life, as Vavo's myth preannounced. 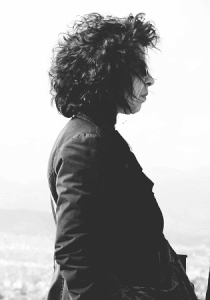 Evaguelia Diamantopoulou
35. Ancient Myth and Bio Art - Artistic and Genetic Transformations (Evaguelia Diamantopoulou)
Evaguelia Diamantopoulou is an assistant professor at the Department of Communication and Media Studies of the National and Kapodistrian University of Athens. She is a member of the Hellenic Section of the International Union Art Critics AICA GREECE and of the Association of Greek Artist Historians. Her BA and MA courses are related to issues such as History of Art, Visual Arts and Communication, Image Dialectics, Issues of European Art, Issues of Modern and Contemporary Greek Art, Artistic Portraits, Issues of Artistic Creation. Her academic interests focus on Art and Communication, Art and Society, Issues of Identity in Art, Symbolic and Experienced Space in Visual Arts, Art and Play, Art and Historical Memory. Her published academic work includes 4 books, as well as many research projects in Greek and International interdisciplinary journals concerning matters of Art and Culture.
Evaguelia Diamantopoulou
Back