The purpose of this paper is to discuss the use and many aspects of circles and mandalas both as geometrical shapes and metaphors found in art, education and therapy. Usually, a mandala is a geometrically arranged circular shape with various subsections and symbols. In eastern cultures, its purpose is to give the disciple the chance to mentally navigate its structure from the outer circle towards its centre. Circles are inscribed in our human nature, from the beginnings of ritual and primitive dances, from the moment of our conception and silent life in our mother’s round belly. It is an archetypal symbol.

In traditional shamanic practices, a circle was used during a methodically planned ritual to protect the shaman from the spirits as they exited the body of the person that was under psychic attack. In Buddhism practices, mandalas are used as a meditation tool. In modern and contemporary western society, rituals and magic have been largely replaced and modified into psychological and psychoanalytical approaches. Carl G. Jung, following his own internal explorations into the world of the subconscious, encouraged his patients to paint mandalas in an attempt to dive further into themselves in order to reach their centre.

Recent scientific research shows the impact of Mindfulness meditation and mandalas on education, predominantly, on special education. Various studies confirm that many brain networks are activated causing changes to its structure, thus affecting the academic performance and psychological well-being of the individual. Mindfulness meditation, springing from Buddhist tradition, can be defined as the process of becoming conscious of the present by focusing on and accepting all the different dimensions of experience. Mandalas as alternative therapeutic interventions create the conditions for an open discussion that will approach human nature holistically.

The rose, rosettes, rose windows will be the focus of this paper regarding sacred circles and art. In Plato's Timaeus, 32-35, we read that the most perfect of all shapes is the circle, so God gave this shape to the world. By name, the most circular flower is the rose (from Greek meaning round), also known as the flower of life. Macrocosmically, it symbolises the circular world, consisting of circular galaxies, circular solar systems, circular planets, as well as the cycle of life. It is a symbol full of historical significance and cultural references, often used in allegorical transports. Its ambiguous form (the purity of its petals as opposed to its thorns) embodies conflicting notions and interpretations. Its colour assigns it a different semantic content. It has been morphologically linked since ancient times with the themes of birth and rebirth, while the speed with which it withers is a symbol of death and how fragile life is. The rosette is a timeless jewelry, symbol and amulet. Rose windows are filled with theological and cosmological notions.

Art expresses the function of the soul, of our inner life and circles are beyond geometry since they speak an emblematic, archetypal, sacred language. 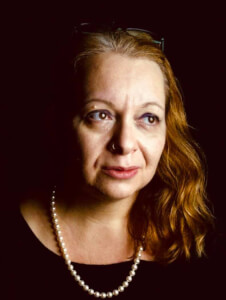 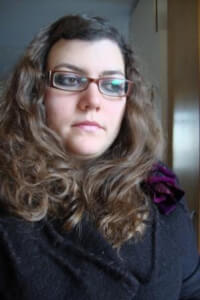 Roxani Giannou
34. Sacred circles: Mandalas and their many dimensions in art, education and therapy (Maria Athanasekou, Roxani Giannou, Evmorphia Leventi)
Roxani Giannou holds both a BA and MA in Fine Art, completed in Greece and Middlesex University in London respectively. She obtained her MA in the History of Western Esotericism at the University of Exeter specialising in the use of Symbols by C.G.Jung. She has worked at TATE, the Royal Academy of Arts and the Victoria & Albert Museum, where she was also trained in Museology, Cultural Institute Management and Museum Education Programs. Since 2013 she has lived in Greece where she creates and facilitates art workshops, including at Herakleidon Museum where she organises art programs which incorporate interactive practices with art theory. She is an art tutor at Open Education Institute, training school teachers to create art workshops for students. She is currently training to be a Family Therapist / Counsellor and is also attending an Art Therapy course, planning to combine art with psychology in her practice.
Roxani Giannou 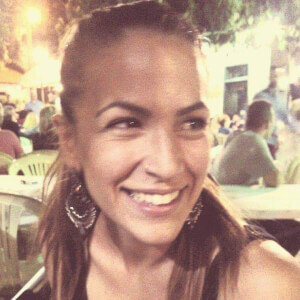 Evmorphia Leventi
34. Sacred circles: Mandalas and their many dimensions in art, education and therapy (Maria Athanasekou, Roxani Giannou, Evmorphia Leventi)
Evmorphia Leventi graduated from the Department of Philosophy and Social Studies of the Faculty of Philosophy of the University of Crete. She completed postgraduate studies in Special Education at the University of Cyprus Frederick. Having been trained in the use of psychometric tools and diagnostic tests, she has the knowledge to administer, intervene, evaluate and interpret examination results. She has completed a training program in Special Education from the University of the Aegean and the Pedagogical Institute. For the past nine years she has been working in the field of education, evaluation and intervention for children with learning disabilities and additional behavioral problems. She is currently training to become a Counselor Synthetic Model) at Synthetic Counseling, the course is certified by the European Federation of Integrative Counseling & Psychotherapy. Currently, her research interests include the study of the effects of Art and Nature on students with learning disabilities and how it affects the entire educational process.
Evmorphia Leventi
Back