Whether pop musicians, politicians or Anime characters; they all carrie the same peculiarity: the undecidable. The undecidable, as Jacques Derrida described as the space in between the binary oppositions. Today, it is an overall concept of the political strategy (e.g. Recep Tayyip Erdoğan and Jean-Luc Melenchon) and entertainment industry by the use of hologram technology that paradoxically illuminates and at the same ostentatiously represents on stage the undecidable whether dead/alive, present/absent or permitted/taboo and announces therefore the gradual loss of culture in the age of the digital.

The entertainment industry marked a milestone in the 21st century where entertainment and the death drive (Todestrieb) flowed together and blew into the sphere of consumption and a deceptive “new experience”. The hologram technology became in many scientific fields in the second half of 20st century as a helpful tool for simulation and research but also slowly and a hidden companion of almost every human being with an identification document. So far, the potential of technological possibilities and illusion reached the maxima in the pop culture and modern politics. The technology as a tool in the background progressed as a medium and stages the invisible capitalistic and psychological symptoms.

To identify those symptoms and the risk of cultural loss, it is necessary to investigate the terminologies the (hologram) industry is using, e.g. experience, entertainment, stories and culture. The concern is that coined terms turned into buzzwords and are represented in front of a driven ideological module. The consequence is the gradual reach to the vanishing point: No reference to history, culture and even reality. Those concerns were the characteristics of Jean Baudrillard ́s theory of Simulation. But the core of this discourse is not about the borders between reality and virtuality, rather the media cultural observation of a technology that draws immense potential to abolish rationality, imagination and even, what Vilem Flusser described as the background. The second objective is to question the motivation for abolition of death. The philosophical side brings up the dichotomy between death drive and power. This is the result of the human being ́s notion towards the world when nature was replaced by the calculative approach.

The third objective is an investigation of the interdependence of the mentioned symptoms and the term sensation. Along with those findings, the ground for cultural discourses is prepared. The characteristics of a cultural loss are known especially since Johan Huizinga which are not only a communal but as well an individual loss. The final objective will be to investigate and formulate new and autarkic artistic approaches and facilitation with hologram technology.

Hence, the focus must be the turned into methodologies for gaining culture and media comprehension by facilitating its philosophical and social dimensions. Helpful references as media ecology, media aesthetic education and media art should be taken into consideration.

The terms ecology, education and art highlight and imply to a large extent individual and communal maturation aspects as well as aspects of the formation and strengthening of a personality, group or culture. 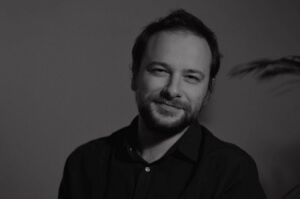