Cyberpunk is known for being a visionary and rebellious cultural movement against Capitalism. Today we experience The Real as a hyper-reality or simulation which creates fragmented identities unable to unplug from this complex working Matrix. Nothing seems to scape the code. Such sophisticated and technological violence with its tentacles as constant cascades of information and hype social spectacle have created a total state of emergency global wise.

Chile, Hong Kong, Haiti, Paris, among other countries, are confronting -as they can- this unsustainable and horrific Matrix. In such a dystopian moment having Trump, conservative cults, police brutality, and far-right groups expanding as a pest, we find a potential key for transgression known as Cyberpunk.

Punk was a movement which had the balls to scream many truths "on your face" style. Due to internet and new technologies, what began mainly as a music expression turned into a futuristic and sci-fi critic to Progress, Western Hegemony, Technology & Capitalism. Cyberpunks became the new subjects of rebellion knowing how complex and dangerous the Hydra is. If data and algorithms mean a new strong system of power and control in which each individuum is subjugated giving voluntary all personal information, and ready to be injected with a mini cheap on their hand, cyberpunks find again and again how to crack the authoritarian network from within. 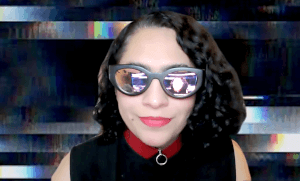