Based on a previous project “The Mirror of Faith”, which focused on a critique of the hypothesis of the genetic predisposition  of our spirituality, “Glow Me Glow Me Not” is now interested in psychological, mythological and visual representation starting with alchemic iconography, going through Gustav Jung’s drawings and ending up with contemporary representations of the subconscious in the Internet vlogging cultures.

I will present my on-going work on the bio-art installation featuring genetically modified yeast drawings and a glowing in the dark GMO beer. For the making of both I have used the human gene VMAT2, or “The God Gene” responsible for human spirituality (according to American biologist Dr. Dean Hamer). 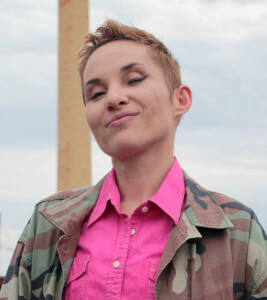 Boryana Rossa
176. Glow Me Glow Me Not (Boryana Rossa)
Boryana Rossa (Associate Professor in Transmedia, Syracuse University, NY) is an interdisciplinary artist and curator who works in the fields of electronic arts, film, video and performance art. In 2004 together with the Russian artist Oleg Mavromatti, Rossa establishes UTRAFUTURO–an international group of artists engaged with issues of technology, science, and their social implications. In 2012 Rossa has finished her Ph.D. on Post Cold-War Gender Performances, at Department of Arts, Rensselaer, Troy, NY. Director of Sofia Queer Forum, together with philosopher and activist Stanimir Panayotov. Her works have been shown internationally at venues such as GARAGE Museum of Contemporary Art, Moscow, The Elizabeth A. Sackler Center for Feminist Art at the Brooklyn Museum, Brooklyn, NY; Museum of Contemporary Art (MUMOK) Vienna, Austria; Zacheta Gallery, Warsaw, Poland; Kunstwerke and Akademie der Kunste, Berlin, Germany etc.
Boryana Rossa
Back