“We are witnessing a general ruderalization of territory.” – Gilles Clément

Cotemporal to the anthropo/capitalosphere encrustation of Earth and its networked movement of goods, capital, data, and persons privileged enough to possess freedom of mobility through state permits: another territory is formed at the margins. Neither human, nor wholly non-human, this more-than-human domain travels with the movement of its human others. Oft neglected, or regarded as detrimental to human activity when noticed, these actors are subjects of States that frequently seek to limit their mobility through containment or engage in all-out-war toward the goal of their extermination. This territory of more-than-human agency is the ruderal. As multispecies subaltern, the ruderal provides an alternate lens through which to view the territorial machinations of State and Capital that impose limitations on the movement of human groups through law, fortified boundaries, and acts of war and other-than-humans through myopically anthropogenic acts—be they by dictate or accident—of regulation, enclosure, exploitation, habitat loss, extermination, and extinction. Amidst this, the ruderal emerges as a model of futurity, resilience, and otherness for humans and other-than-humans alike.

Ruderal Futures is a vehicle for research that will manifest in research writings as well as my own artistic practice and an upcoming curatorial project and publication with SixtyEight Art Institute in Copenhagen that will examine the potential of ruderal ecologies in envisioning a world beyond colonial and capitalist modes of anthropogenic land use. The term ruderal, as adapted from urban ecology, refers to lifeforms that emerge and thrive in environments disturbed by natural phenomena and human activity. However, speaking more broadly, the ruderal exists at the margins of the forces of state planning and capitalism’s project of organizing nature—simultaneously holding a mirror to dominant systems while pointing toward forms of resistance and utopian otherness. The practices referenced within—be they: artists, researchers, designers, collectives— employ a ruderal analytic in actively working to re-think and re-envision the heterogeneity of urban life and the myriad entanglements of both human and other-than-human actors alike. The resultant projects materialize through the implementation of diverse methods of social and ecological analysis and genuinely post-disciplinary methods of media engagement.

Ruderal Futures is a subtle proposition of bittersweet optimism that our inherited world systems—of colonial biopower, of capitalism, of modernity—can and will end and that, from the weeds, we might emerge enriched. Ruderal Futures are not solutions for ‘green’ survival and the continuation of dominant systems but rather, through precise inattention to their surroundings, open up a field of inquiry that extends beyond the historical western cosmology to complex contaminated diversity of life forms and multi-species commons. While the ruderal references plant life— and plants play a central role in the narrative—this is far from being about plants, per se. At its core, Ruderal Futures is about life—all life— joyously envisioned from the ruins of nationalism and capitalism. 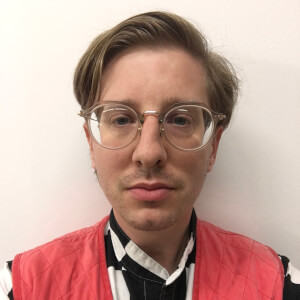 Alex Young
168. Ruderal Futures (Alex Young)
Alex Young is a multidisciplinary artist, writer, and curator who explores the interplay of both human and non-human actors as they engage in the collaborative shaping their environments. Young’s solo and collaborative works have been presented at numerous venues internationally including Conflux at NYU, Brooklyn International Performance Art Festival, and Flux Factory in New York, NY; Kiasma Museum and Alkovi Galleria in Helsinki, Finland; ACC Galerie in Weimar, Germany; Stadtische Museen Zittau in Zittau, Germany; Spanien 19C in Aarhus, Denmark; SDAI in San Diego, CA; Beyond/ In Western New York Biennial, UB Art Gallery, and Hallwalls Contemporary Arts Center in Buffalo, NY amongst others. Forthcoming and past curatorial projects include: Ruderal Futures at SixtyEight Art Institute, GROPING in the DARK at Museum of Contemporary Art Tucson, and Universal Dissolvent: Fragments from the Southern California Megalopolis at the San Diego Art Institute.
Alex Young
Back