In recent years, we have observed a series of transformations in the way we map, measure and conceive of life, generating reflections about its boundaries and its complexity. These transformations have led to radical re-adjustments of the perceived gaps between biology and informatics, the separation between self and non-self, and the neat distinction between species. The idea that information and biology, the virtual and the actual, lie in well-separate or unbridgeable containers is gradually dissipating, as these realms have been observed to be in a condition of mutual becoming (see for a scientific account Margulis 1999; Margulis & Sagan  2003; for a theoretical reflection Stengers 2010; Stengers 2011), and of a “co-production or co- evolution of people and things” (Fishel 2017, 7).

Despite efforts to embrace new perspectives that consider symbiosis and fluidity as more desirable and theoretically sound concepts, older notions of boundaries persist. As older barriers are dissolved, new ones are raised. The notion of boundaries assumes that there is a demarcation distinguishing, defining and separating objects, creating the perception of purity and wholesomeness. The same idea of purity is invoked when “our bodily boundaries are penetrated and traversed by viruses, chemicals and microbes (Shotwell 2017; see also Latimer and Miele 2013).” At the macro level, boundaries have taken the form of borders. Borders define and divide territories, create and invent sovereign states, designate geographical and protected spaces (Aloi, 2019; van Dooren 2011). As it is currently defined, state politics is still based on the inside/outside dichotomy, which fits the “pure culture” paradigm in biology: this happens when it discriminates between the bodies who belong and those who don’t, when it excludes the physically and culturally different, when it establishes flying bans against certain countries or builds walls and other physical barriers.

How do we find ways to think past boundaries and borders? Anna Tsing (2015 and 2017) argues that we need new narratives to reveal the coexistence of plants, animals and microorganisms amongst other things, to provide evidence of the needs to rethink older notions of boundaries, and to show how the distinctions, and the barriers that science, technology, society and the state have created are in fact blurred and porous. In this paper, I reflect on Tsing’s invitation to find new narratives, looking for new cues in current and – possibly future/science-fictional – curatorial and artistic practices. Especially at this time of rapid political and natural transformation, finding new narratives becomes not only a way to redefine the future, but also a way of survival. 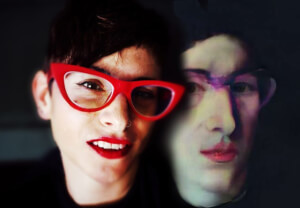 Roberta Buiani
167. Crossing boundaries, cutting borders. Looking for new narratives to make sense of this crazy, crazy world (Roberta Buiani)
is an interdisciplinary artist, media scholar and curator based in Toronto. She is the co-founder of the ArtSci Salon at the Fields Institute for Research in Mathematical Sciences (Toronto) and co-organizer of LASER Toronto. Her recent research creation project draws on feminist technoscience and on collaborative encounters across the sciences and the arts to investigate emerging life forms exceeding the categories defined by traditional methods of classification. Her artistic work has travelled to art festivals (Transmediale; Hemispheric Institute Encuentro; Brazil), community centres and galleries (the Free Gallery Toronto; Immigrant Movement International, Queens, Myseum of Toronto), and science institutions (RPI; the Fields Institute). Her writing has appeared on Space and Culture, Cultural Studies and The Canadian Journal of Communication among others. With the ArtSci Salon she has launched a series of experiments in "squatting academia”, by re-populating abandoned spaces and cabinets across university campuses with SciArt installations. Currently, she is a research associate at the Centre for Feminist Research at York University. ArtSci Salon website: https://artscisalon.com Personal http://atomarborea.net
Roberta Buiani
Back