Five years ago the film world has, once again, been reminded of its controversial beginnings. A little more than a hundred years ago, on February 8, 1915, David W. Griffith released a three-hour epic The Birth of the Nation. The movie instantly became a world-wide sensation featuring dozen of technical innovations, narrative strategies, and monumental sets. However, a classical civil war/reconstruction era tale has an unnecessary spin to it. In the postwar South, “negro militia” terrorizes the white population to create a “black empire”. At the last moment, quite heroically, KKK cavalry marches in. It saves the day and brings back the pre-war order. The father of cinema was, as it turns out, shamelessly racist - the fact that remains a taboo to the present day.

The Birth of Nation is a paradigmatic example of aesthetically successful, but morally corrupt artwork. As such, it is, unfortunately, not an isolated example in the artworld. Occasionally, a disrespectful artwork shows up and ignites the discussion about the ethical criticism of art. Can there be such a thing as an evil masterpiece? The purpose of this paper is to frame this question theoretically in order to provide a deeper understanding of this problem.

During the peak of the discussion in the 90s Noel Carroll’s theory on the relationship between art and moral value became one of the most influential theories in the analytic tradition. In the series of articles over the course of two decades, he offered a systematic categorization of logically possible positions. He distinguishes two traditional (radical moralism/autonomism) and two more recent (moderate moralism/ autonomism) accounts. The former maintains that the aesthetic value of an artwork is determined by its moral value, which, Carroll argues, is empirically inaccurate since there are artworks that have no reference to morality. Dealing with the later, however, he offers a more compelling argument by proving traditional autonomist argument wrong - the common denominator argument. Finally, based on these critiques, he offers his view called moderate moralism, i.e. a position “that some works of art may be evaluated morally (contra radical autonomism) and that sometimes the moral defects may figure in the aesthetic evaluation of the work.”

In this paper, I offer a three-part critical comment on Carroll’s theory. In the first part, I argue that Carroll’s canonical classification of possible positions concerning the art/morality is flawed for two reasons. Firstly, the radical versions of moralism and autonomism seem to be logically asymmetrical. Secondly, they are historically inaccurate. In the second part, I take a closer look at Carroll’s formulation of moderate positions. Firstly, I offer a close analysis of his argument for moderate moralism. Secondly, due to both adjustments in the classification from the first part and weak premises on which moderate moralism rests, I argue that a version of moderate autonomism - the one that Carroll doesn’t consider - is a more plausible position. Finally, in the third part, I argue that moderate autonomism doesn’t preclude the possibility of ethical criticism as Carroll argues. 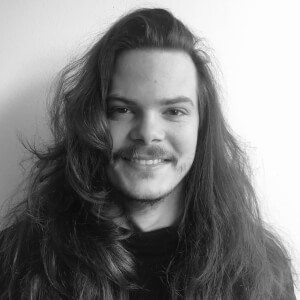