Human Robot Interaction (HRI) is the study focused on the interaction between humans and robots. HRI is an interdisciplinary area that combines elements from different fields such as computer science, Artificial Intelligence (AI), robotics, engineering, linguistics, psychology and sociology Dautenhahn, K. (2007). With the advancement in the field of AI, HRI showed greater potential and by now, we have the first robot that it is also the citizen of a country: Sophia the robot (Weller, 2017; Retto, 2017, Menne, 2020).

Sophia is a robot that has a humanoid form and she first made her appearance in 2016. Since then, Sophia has made a lot of appearances in different TV shows, giving interviews. As a celebrity, Sophia could not be absent from Social Media, where she has her own accounts on all major social networking platforms, such as Facebook, Instagram, Twitter and YouTube. From the above, Sophia can be classified as a social robot or a socially interactive robot as described by Fong et al. (2003). Our study will focus on Sophia’s presence in Social Media and the ways she communicates with people. Hence, it will study the advances on HRI and the issues encountered in the field of communication and what it can be done in future iterations.

For our research we will use purposive sample in order to include the most representing parts that are worthy of analysis and content analysis but also semantic analysis in cases needed in order to study Sophia’s communication patterns and behavior. Inspired by Fong et al. (2003) we will investigate Sophia’s performance in aspects such as personality, emotions, dialogue and human oriented perception. For instance, Sophia becoming a citizen of a country, raised questions about social  robots’ rights or worries that this might be a threat to humanity while others consider her nothing more than a chatbot in a humanoid form. At this point, we will delve into the communication with AI aspect of HRI, hence we will not for instance analyze the way Sophia moves, unless it plays a major role in our analysis. With this study, we hope that we will identify key themes and discuss challenges in an existing model and hence, pave the way for enhancements in the filed in the future. 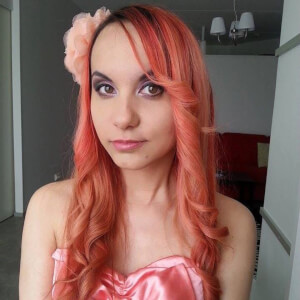 Dalila Honoratο
149. Like Real Friends Do: Communicating in Social Media with Sophia the Robot (Laida Limniati, Dalila Honoratο, Andreas Giannakoulopoulos)
The starter of the conference "Taboo-Transgression-Transcendence in Art & Science", Dalila Honorato, Ph.D, is Tenured Assistant Professor in Aesthetics and Visual Semiotics at the Ionian University, Greece. One of the founding members of the Interactive Arts Lab, where she coordinates the Art & Science Research Group, she is also the co-founder with Marta de Menezes of "FEMeeting: Women in Art, Science and Technology". She is a member of the Editorial Organism of the Technoetic Arts journal, founded by Roy Ascott, published by Intellect. Her research focus is on embodiment, monstrosity, the uncanny and the acrobatic balance between phobia and paraphilia.
Dalila Honoratο 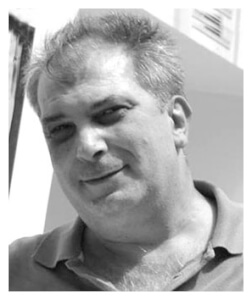