Dimitris Kollatos is a Greek filmmaker and stage director who, from the 1960s to the 1980s, built a controversial artistic identity based on bold subject matter and recurrent confrontation with censorship. This paper focuses on two of his early films that notoriously caused discomfort to the audience and became targets of government censorship: the short film Olive Trees (1964), which provides a cruel depiction of the Greek countryside, unearthing the financial dependence and sexual abuse of women by the patriarchal Greek family, and the feature film The Death of Alexander (1966), which takes place at a hospital and deals with the last days of a young man dying of leukemia. Olive Trees was banned for almost 18 years while The Death of Alexander was severely cut. The paper examines the reasons behind these state censorial interventions paying attention to “taboo” images and words that refer to sex, the body, and bodily functions and fluids that were perceived as obscene and offensive material. Moreover, in relation to The Death of Alexander it analyzes how the film narrative blurs the boundaries between the hospital and matrimonial bed, places a detailed emphasis on medical practices (such as injections), while connecting death with sexual performance and scatological material which were unimaginable in the context of the Greek cinema of the time. The paper discusses how Kollatos’s work attempted to stretch the limits of the representable and the speakable in relation to sexual desire, biological functions and bodily praxes in the Greek art film of the 1960s.

Acknowledgement: This research is implemented through and financed by ELIDEK post doctoral programme entitled “CIVIL – Censorship in Visual Arts and Film: The Greek experience from the post-war years to the present”. 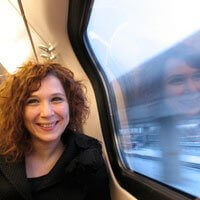 Maria Chalkou
146. Censored bodies and bodily functions in Dimitris Kollatos’s early films (Maria Chalkou)
Maria Chalkou holds a Ph.D. in Film Theory and History (University of Glasgow), sponsored by the Greek State Scholarships Foundation (I.K.Y.), and an MA in Film and Art Theory (University of Kent). Currently she is a post-doctoral researcher at Panteion University (CIVIL – Censorship in Visual Arts and Film, supported by ELIDEK) and teaches Film History, Film Theory and Documentary at the Department of Audio & Visual Arts of Ionian University. She is also the principal editor of Filmicon: Journal of Greek Film Studies. Her research interests focus on film cultures of the 1960s, Greek Cinema, contemporary European cinema, film censorship, film criticism and cinematic representations of the past. She has also researched and co-directed the documentary Oneira Mikrou Mikous (1960-1967)/Dreaming in 'Shorts' (1960-1967) for the TV program Paraskinio (2007).
Maria Chalkou
Back