Playing With the Curious Cat presents a series of objects that are the result of an ongoing architectural research project at the Academy of Arts, Architecture and Design in Prague, which focuses on understanding material logic in architecture and design. On the format of one poster, it introduces five tensions between the architect/artist and a material. Each of the tensions represents the moment of friction between a controlled geometry and an uncontrolled growth. This hacked, manipulated matter resembles the mood of an experiment where things went out of control and pushes the borders of human understanding of a built space.

Architecture is obsessed with control. Cutting-edge technologies in architectural research like robotic arms, 3D printers and novel software are mostly focused on computation and optimization of forms and shapes, to gain control over the geometry and the matter. To understand and compute means to reduce complex elements to numeric and logical parameters. But what happens when the excel sheet faces the variables not included in the calculations? What if a variable is missing? How can the numerical reduction face unpredictability?

Playing With the Curious Cat explores the vast field beyond the given parameters. It challenges the understanding of the architectural profession and the direction of research done in the field. Rather than computing and optimizing shapes and forms, it focuses on elements of unpredictability and uncertainty. By exploring the behaviour of materials in their uncontrolled form, it transgresses not only the aesthetics of conventional architectural expression but also the typical workflow of architectural design. The crude matter is suddenly imbued with agency.(1) Facing such a situation, the terms typically associated with architecture like ‘planning’ and ‘organizing’ suddenly undergo a transformation and shift their meanings towards evaluation and adaptation.

The presented objects consist of two elements that are in constant dialogue: a computed geometrical spatial grid and a material. Experimenting with a construction process based on liquid material properties has led to the development of methods where the design intention has to be constantly re-evaluated and adapted. The process of building is thus a continuous dialogue between the architect and the material, between the designer’s idea and the inherited intelligence of the matter. How Mario Carpo states - it is like playing with a curious cat, which will never act exactly the way you expect it.(2)

In the times of insecurity and constantly changing conditions, the unstable character of experiments gains an even bigger relevance. Architecture has to address and deal with the phenomenona of instability, unpredictability and adaptability. These do not only occur due to the global climate crisis and viral outbreaks, but are also essential questions of an ecological attitude towards human habitation on Earth.(3) The project doesn’t present a finite system of construction technology, doesn’t optimise or suggest integration into existing construction systems. It is positioned at the beginning of a new journey, it represents the first steps outside the shell of established construction techniques. 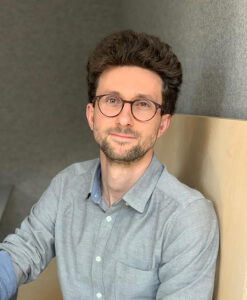 David Kovarik
144. Playing With the Curious Cat (David Kovarik, Carina Zabini)
David Kovarik is an architect and reasearcher coming from Prague, Czech Republic, currently based in Vienna, Austria. He studied architecture at Academy of Arts, Architecture and Design in Prague and holds a Ph.D. degree in architectural design. He gained his professional experience in Vienna working with various architectural offices including Franz&Sue, where he is still appointed as lead design architect. Between 2017 and 2020 he has completed his doctoral research project with the focus on material behaviour and digital design technologies. Since 2017 David has been a regularly invited speaker at symposia and his work has been exhibited and published at various international exhibitions and conferences such as ECAADE, Milano Design Week or Ars Electronica.
David Kovarik 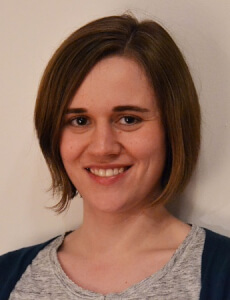 Carina Zabini
144. Playing With the Curious Cat (David Kovarik, Carina Zabini)
Carina Zabini is an architect,artist and designer from Vienna, Austria. She studied architecture at the Technical University of Vienna and the University of Applied Arts - Studio Lynn, where she received her Master with distinction in 2016. She gained her professional experience in Vienna, working with Caramel Architekten, Berger&Parkkinen and Tzou Lubroth Architekten, where she held the postions of lead designer and project manager. Her research focus lies in applying digital design technologies in collaborative processes and using them as a tool for understanding space. In the past years she has collaborated on this topic with different organisations, such as Wanderklasse and ArchitekturClub Wien, and has received scholarships from KulturKontakt Austria and Architektur Stiftung for her work, which aims at linking different professional fields with architecture in a novel way.
Carina Zabini
Back