This theoretical paper addresses the connection between the visual representations of the eroticized female dead body, its social implications and the evolution of sex robots. Can they be understood as two reactions, sharing a similar fantasy, responding to the individualization of sexual choices, consumerism and the commodification of culture? Neoliberal capitalism with its specific construction of materialism and individualism represents a field within which new variations of old power relations and domination are established. By fetishizing the female body (dead or inanimate) it establishes a certain type of female body, as an (sexual) object and commodity considered as individual inalienable right.

The dead and still body represents a sphere of contemporary technicistic utopia with the projections of fantasies about total control, eternal youth and longevity, which is one of the most desirable ideals of the West. The fetishization of the eroticized female corpse or still mechanical body address a fundamental discomfort in culture, especially the desire for complete control - over the body of an/other and over (the illusion) of the individual's free choice, free from social shackles and fear of (own) annihilation and death (trying to solve the creator and necromant complex). Today, death has not only replaced the previous taboo of sexuality, but has merged with it and the connection among death, capitalism and consumerism has reached an odd peak. The entertainment industry fulfils the darkest fantasies constructed around death, sexuality and violence. It pushes the boundaries of un/acceptable relations between the dead and the living and the line between fact and fiction is blurred. Many products of popular culture show that there is a public with what Eric Fromm called ‘necrophiliac’ orientations, where the corps porn is only an extreme example.

Throughout the whole history and iconography of the West artists have depict their dead as sexually attractive. Eros in Thanatos throughout the 18th century represented a subject of fascination both in art and in literature. In the 19th and 20th centuries, they unite in the erotic appeal of the dead body, the topic addressed by ex. Mario Perniola with the sexual attraction of inorganic; Georges Bataille with a negative experience of eroticism; Sigmund Freud’s das Unheimliche and Julia Kristeva’s abject. Representation of a beautiful woman who is "safely" dead was one of the favorited ways of depicting the transcendental spiritual values of the woman's victim's liability by the painters of the late 19th century (ex. the Pre-Raphaelites). The treatment of the eroticized corpse in popular culture shows the dimension of necrophiliac fantasies that are taboo in real life, and it is almost impossible to emphasize it except in these categories. The effects of such representations can thus range from (mere) pleasure in viewing (scopophilia), phantasmatic identification with a (supposedly) dead person, i. to imagine oneself in the place of a dead person and to see the impossible (one's own death), the exchange between voyeurism and narcissism (between identification and objectification), to the possible cathartic effects offered by fiction. 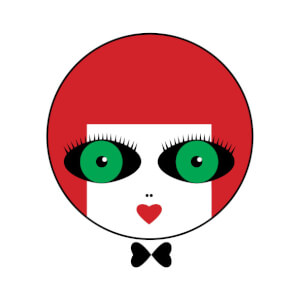 Jasna Jernejsek
135. From Ophelia to Harmony: fetishizing the female stillness/stiffness (Jasna Jernejsek)
Jasna Jernejšek works as a freelance curator, project manager, researcher and publicist in the field of contemporary visual arts. She focuses on the theory and history of photography within the field of contemporary photography, new media and related practice. She finished BA in cultural studies at the Faculty of Social Sciences in Ljubljana (2007), where she also completed her M.Sc. in Communication Studies (2013) and where she currently continues with her doctoral studies. She is a programme director of the photography department at the Higher School of Applied Sciences (VIST) in Ljubljana. She is a co-founder and a director of Sektor Institute, a non-profit organization for networking, research and promotion of media arts. In addition to the managing the institute, she cooperates with various exhibition venues in Slovenia and abroad, as well as NGO organizations. She lives and works in Ljubljana, Slovenia.
Jasna Jernejsek
Back