The term hybridity has been circulating in contemporary art discourse for almost three decades now, however recently it has become a new buzzword, found in a wide range of texts on theoretical and artistic work. With the paradigmatic merge between methods and infrastructure of science and art, hybridity is considered one of the main characteristics of contemporary art, observable on the disciplinary level of as well as aesthetical. The emergence of artistic-scientific paradigm have led to the rise of artistic research in the last decade and hybridity seems to have taken the position of a new normativity in contemporary art.

Having employed the theory of liquid modernity by Zygmunt Bauman, this paper deals with the hybridization, which is considered a constant process, flux, taking place in contemporary art and culture, whereas traditional disciplinary boundaries are becoming liquid, leaky - fixed categories are losing their edges and more, and more hybrids are being created instead. The paper focuses on the category of installation art, which is one of the most notable catalyzers for the process of hybridization, due to its immanent flexibility and openness to other medium as well as capability to adapt different settings.

In addition to this, on the level of aesthetics, liquidity has also been noticed to be a frequent formal feature in contemporary arts employed by many artists. This research forms a hypothesis that this is also the result of the merge between art and science, as artists have been actively taking interest and researching cellular and molecular levels of objects. Therefore, this paper explores the indefinite nature of contemporary art and proposes liquidity as one of its most characteristic feature. 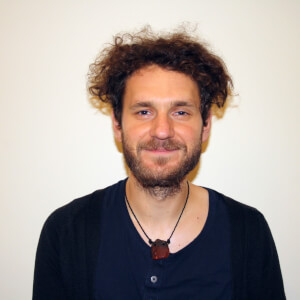