The alleged superiority and/or threateningly unnatural makeup of genetically modified organisms (GMOs) are myths that run throughout the European food industry. Whether we are supposed to be afraid of the beef of growth hormone-fed cattle after agreeing to new trade deals with the United States or awe-struck by corn crops modified with bacterial insecticide genes in order to repel pests— GMO foods seem to be on everyone’s lips. But are they as unilaterally bad as the media leads us to believe?

In our talk, we propose to examine the intertwinement of the medial representation of GMO foods and its contribution to a cultural construction of national identity in Austria. Across the media landscape, we are steadily confronted with the dangers of GMOs, such as uncontrollable spreadings or sustainable interventions in the gene pool. In fact, the discourse perversely resembles the European media coverage regarding refugees: GMOs perceived as foreign invaders that could corrupt the European, or, in this case, Austrian agriculture industry. This is something that we will show and criticize in order to emphasize the bio-politics underlying the biology. In addition, this nationalistic (or anti-American and pro-European) resistance to GMOs at the same time denies the necessitation of intervening farming methods in Europe to improve crop yields.

Therefore, we intend to reveal the political and economic motivations at the basis of these anti-GMO campaigns. In fact, we will argue that the media exploits prevailing conceptions of GMOs as a denunciation of hybridity and artificiality. The hype of organic foods, which slowly swept over other markets as well, indicates a blind trust in the illusions of naturalness and purity and a mystification of and skepticism toward otherness. Drawing on the symbiotic definition of life by Lynn Margulis, we will argue for a responsible-minded, co-evolutionary foundation of discourse on GMOs in order to leave behind the panic of the Frankenstein myth.

This is not to say that this talk will blindly substantiate the use of GMOs in the European agriculture industry. Instead, we take the view that this discourse merits a critical evaluation far from exoticism and othering. On the one hand, because of the pressing urge of growing global demand for food, and, on the other hand, because of the targeted, long-term interventions in biodiversity GMOs might cause. In order to reflect on the hybridity of the subject matter, we will examine media reports, movies, art works, interviews, advertisements and articles. 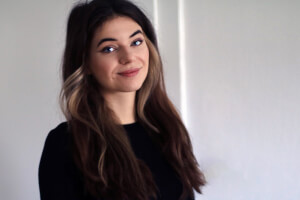 Sophie Publig
120. De-Mystifying GMOs (Sophie Publig, Julia Jarrett)
Sophie Publig is Senior Scientist and Doctoral Candidate at the Peter Weibel Research Institute for Digital Cultures at the University of Applied Arts Vienna. She studied Art History at the University of Vienna, the Free University Berlin, and Uniwersytet Warszawski and wrote her Master’s Thesis on Pierre Huyghe and the Capitalocene. She is interested in the intertwinements of biology, ecology, and technology as well as the bio-political implications thereof. Currently, she is writing her dissertation on cybernetics and artificial life, following the evolution of the question “What is Life?”, and re-negotiating the entanglement of living and non-living beings.   Her academic approach is deeply cross-disciplinary, encompassing frequent trips to other fields of study like Architecture, Anthropology, Mathematics, and Contemporary History as well as cultural activism. Her research interests encompass the Anthropocene, the evolution of life, and philosophy of biology.
Sophie Publig 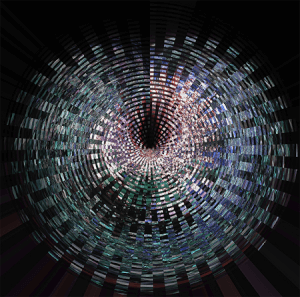