This paper presentation will take its departure in Tina Mariane Krogh Madsen’s artistic research project Body Interfaces, which originates from working with the body as a materiality in itself applied to an understanding of its interactive potentials seen through the concept of the interface. Body Interfaces discusses a technical capacity inscribed to the body, which is explored through agency, with the sensuous and affective used as a political and critical tool. Body Interfaces is thus anchored in embodied and cultural interface theory (Anne Munster: Materializing New Media – Embodiment in Information Aesthetics, 2006; Branden Hookway: Interface, 2014) and in post- human and new materialist philosophy (Rosi Braidotti: Metamorphoses – Towards a Materialist  Theory of Becoming, 2002; The Posthuman, 2013; Jane Bennett: Vibrant Matter, A Political Ecology of Things, 2010; Karen Barad: Meeting the Universe Halfway – Quantum Physics and the Entanglement of Matter and Meaning, 2007), where it discusses an excessive political body as a particular way to address an extended dialogue and collaboration with nature. In an ongoing exchange between human and non-human bodies.

The concept of Body Interfaces thus defines a “multiple” body, which consists of intensities in its ability to create affective relations. According to the philosopher Gilles Deleuze and psychotherapist, philosopher and activist Felix Guattari, this specifies a “body without organs” that has a transitional relational force at its core (Deleuze and Guattari, Anti-Oedipus [1972]2000; A Thousand Plateaus: Capitalism and Schizophrenia [1980]1987), which in this framework is with  the interface as a metaphor for an exchange beyond the spatio-temporal. Traditional Human- Computer-Interface concepts are here challenged through a transition to the non-binary and with the exchange of different agents in a new processual becoming. These are extending beyond themselves and are part of characterizing a development of a collaborate model of excessive bodies, transgressing various fields into new modalities.

The transgressive does not only apply to an new way of understanding these performative bodies, it also challenges and provokes scientific relations and the dualism inscribed in traditional interface terminology. This underscores how knowledge is experience-based (Donna Haraway: “Situated Knowledges, The Science Question in Feminism and the Privilege of Partial Perspective,”1988), giving voices to different entities in a dynamic exchange. The Body Interfaces script here defines a possible command of interaction and is presenting variables for potential outcomes. The script should be seen as a version of becoming, always being re-evaluated in relation to past as well as future performance situations and regarded as an open source performance instruction, changed through its affective activation and liminal existence between various bodies in interaction. 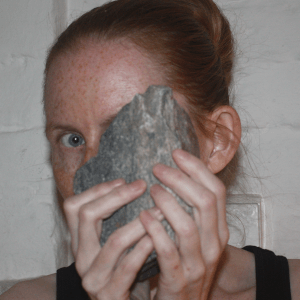