Skin Bible: The Word Made Flesh is a collaborative project by Canadian trans- medial/performance artist Michael Dudeck and Australian bio-artist Niki Sperou. The  project centers upon the transgressive artifact, Skin Bible, bound in a laboratory- produced ‘skin like’ marine algal biopolymer matrix seeded with Dudeck’s cells.  Contents include illuminated images from Dudeck’s RELIGIONVIRUS space opera grafted onto bio-parchment; a transdisciplinary glossary; and other collaborative input. The artefact speaks within a chapel of performance work and installation.

Skin Bible builds upon the longstanding investigation of both artists; Dudeck’s 12 year fictional queer religion and mythological space opera, disseminated in over 25 countries, titled RELIGIONVIRUS and Niki Sperou’s 20 year reflection upon the fusion of contemporary biotechnology with Ancient Greek myth and philosophy, science as ritualistic process, and her production of fleshy forms and Chimerical human-plant hybrids. Deviating from the moral limits of a Judeo-Christian value system, their collaborative work extends upon religious myth making and speculative futures. Dudeck and Sperou find synergy through combining science, myth and ritual as a way to re-frame age old questions that interpret worlds. Sperou sculpts with the inherent strategies of living media together with biotechnological techniques toward ethical, social and aesthetic investigation. She adopts mythological narratives and structures to evaluate contemporary biotechnology and its implications. Technology and ritual constitute rational behaviors and inform how we submit to power. Dudeck creates a fictional religion as a kind of carpentry of the sort that Ian Bogost describes—a philosophical practice of “making things that explain how things make their world.” Thus, Dudeck aims to provoke those questions, and expose the inherent constructivity or artifice involved in creating a religion (they refer to their invented religion as Artifism). As a scholar of religion and as a queer theologian Dudeck refers to their project as RELIGIONVIRUS - intentionally presenting the construct of “religion” as an infective agent capable of multiplying within the living cells of its host. They examine the means through which religion infects and spreads virally – and excavates “the religious experience” through the hacking of religious paradigms using art to produce what they refer to as “religious prosthetics.”

The marine algal polymer matrix was developed with the Centre for Marine Bioproducts Development (CMBD) at Flinders University, South Australia as an extension of Sperou’s Australian Network for Art and Technology residency. In 2020, Sperou collaborated with CMBD toward research and development of biodegradable marine algal bio-plastics with an industry, medicine and cultural focus. Dudeck’s dream of a bible seeded with their DNA resulted in an opportunity for Dudeck to undertake a residency in 2021 at CMBD to work collaboratively with Sperou to produce a ‘skin like scroll’. While relatively new to bioart, Dudeck also presented work at the last TTT conference in Corfu in 2017.

Negotiation with various authorities extended this project beyond accepting artistic and philosophical frameworks. Framing the Skin Bible required transcendence through delicate terrain in order for it to pass. For Taboo Transgression &Transcendence in Art and Science 2020 we intend to present an artist-talk that reflects on the process of conceptualising and producing our Skin Bible. 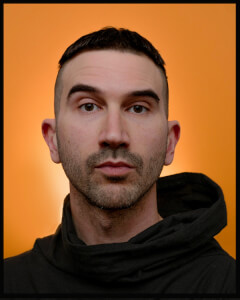 Michael Dudeck
113. Skin Bible: The Word Made Flesh (Michael Dudeck, Niki Sperou)
[M]DUDECK is an artist and cultural engineer who invents their own religion as Art. They approach Religion as a form of multi-media production, capable of inspiring beliefs, fabricating worldviews and engineering cultural codes. Their project, RELIGIONVIR.US presents religion as an infective agent capable of multiplying within the living bodies of its host, spreading across cultural vectors and infecting through medial pathways. Appropriating aesthetic strategies from sci-fi franchise culture, each RELIGIONVIR.US iteration (performance, exhibition, technosermon, publication) is regarded as both a “transmission” of their VIRUS and as an "episode" in an ongoing space opera. In the aftermath of Postmodernisms’ aggressive de-construction of the MetaNarrative, RELIGIONVIR.US performs a form of "re-construction", that weaves together the dismembered attributes of religion to produce new, transmedial artworks. RELIGIONVIR.US proposes art as a tool for hacking, scrambling and re--mixing religious codes to produce hybrid autonomous religiosities in the information age.
Michael Dudeck 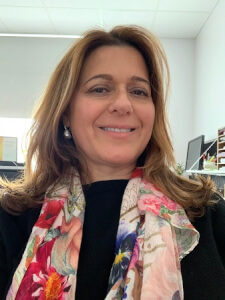 Niki Sperou
113. Skin Bible: The Word Made Flesh (Michael Dudeck, Niki Sperou)
Niki Sperou is bio-artist participating in nexus between art and science since 2001. She works with traditional and media arts, wet biology and scientific methods to create artworks that evoke the ethical, cultural and economic implications of manipulating live media. Themes she has explored include; being human, biopolitics, sentience, Prometheanism, chimeric and cultural hybrids, extending life, prosthetics, toxicity, bio-informatics, antibiotic resistance and the human microbiome. She has conducted bio-art workshops in Australia, Europe and Canada. Since 2006, she has been the artist in residence at the Department of Medical Biotechnology, Flinders University. Recently she collaborated with ANAT and the Centre for Marine Bioproducts Development toward the development of marine algal biopolymers and bioplastics. She has contributed articles to australian and international journals. In 2006, she was awarded the Fringe Festival Individual Artist Award for her Chimera series; interfacing biotechnology and ancient Greek culture.
Niki Sperou
Back