In consumer societies everything can be transformed in a consumable good. This is the modern alchemy. In consequence, taboos are devoid of their transgressive potential. Mostly, as there is always an exception. I would say that even today death and evil can eventually represent a transgressive taboo, but probably not throughly. This talk argues void to constitute the core of transcendence, trespassing the limits of the appreciable. As emptiness lies absolutely outside the possibilities of representation, philosophers and scientists have a nearby set of concepts to handle instead. Though, nothing(ness) solely equals to void. During my talk I plan to explore as a digital artist some paradoxical notions — such as nullity, randomness, indeterminacy and glitch — that neighbour what is possible to be thought and represented rather than what is licit (valid). Those notions constitute a challenge and simultaneously a necessity: they cannot be completely addressed themselves as well as they are crucial to the faculty of understanding. This research aims to shed some light into the affinities between art and science throughout the commonness of their limitations, which do not concern their methods as much as their dependence with imagination, to delve into the void.

My method departs from the creation of video files that should be de facto as much [void, null, and / or random] as they can be yet remaining usable. I will do it digitally from the low level command interface environment by use of free software, libraries, codecs, and video standards. I will also use classical programs from the 80’s Windows environment, and I will consider other professional-educative media servers developed for art applications as well.

Okay. I will end with a big bunch of black / noisy video files; at the best with test bars, grids, and sync references. So what? I shall bring up the idea of coherence now regarding the utility of the topic being it null(ness). I will take a closest look into these files, to their ASCII representation, inside these files, to the bit level, and I will slightly restructure them filtering data with different matrixes until a sound-image shall become appreciable under different thresholds of trans-agression. I will corrupt the files to the boundaries of corruptibility, and I will loop themselves recursively inside mirror boxes. I will vanish their interiors so that the flow of the deepest digital core itself can find a way of coming into appearance, as Heidegger would say. Finally I will, during the talk, live mix the results with the expectation of co-creating the meditative atmosphere that is necessary to consider the lack of consideration. And holding the believe of committing the most transgressive act possible against the productive attitude in consumer societies. 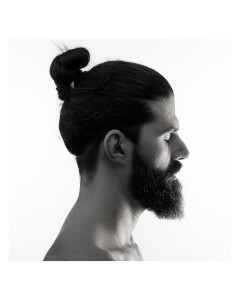 Rubén Vega Balbás
109. Void not equal to Null (Rubén Vega Balbás)
Rubén Vega Balbás (Madrid, 1975) Also known as Rubén Vejabalbán, I am an artist, a scholar, and a polymath committed with imagination and research in the field of artistic creativity. I work on topics such as technology and new media, photography and video-art, communicative devices, performance philosophy, and pedagogy of the arts. PhD in Fine Arts, Ed.S in Education, Languages and Media, MAS in Applied Creativity, BA in Communication, I am a member of the Spanish Association of Lighting Designers (AAI), of the ComAcAr research group in the Nebrija University, and co-founder of the Centro Imaginario de Estudios Artísticos (Madrid, Spain).
Rubén Vega Balbás
Back