The theory of evolution has changed, the secret of our origin is not the monkey but the climbing movement of the spiral of the tendrils and the mystery of the ancestral rhythmic of the flowers. Was there an error in the dissemination of Evolution theory by Charles Darwin? It was that abominable mystery of the origin of angiosperms, who suddenly appeared as fossils in the Cretaceous period, it questioned the idea of gradualism of Darwinian evolutionary change according to their own phrase: natura non facit saltum [nature does not jump]. Darwin, unable to leave his paradigm, concluded that "the flowers diversified in some isolated territory of the planet and then colonized the world ..." 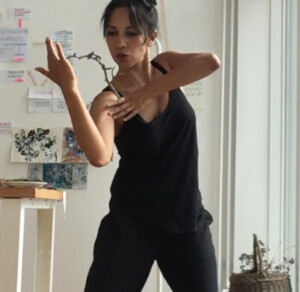