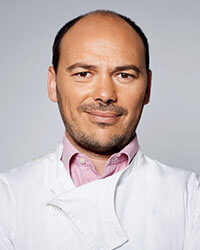 Luis Graca has an MD from the University of Lisbon, Portugal; and a PhD in transplant immunology from the University of Oxford, UK. He developed his post-doctoral research first in Oxford and later at the Institute for Child Health Research, in Perth, Australia. He is currently Associate Professor at the Lisbon Medical School, directing a research group in cellular immunology at Instituto de Medicina Molecular. His most significant scientific contributions have been related with the development of strategies to teach the immune system not to reject transplanted organs, also known as immune tolerance. Currently he is extending his findings to the fields of allergy and autoimmunity (where the immune system attacks its own body). Luis Graca is author of more than 60 peer-reviewed publications, cited over 2500 times, three patents, and co-founder of Acellera Therapeutics. Besides his scientific research he has been interested in the intersection between art and science. In this field Luis Graca has collaborated with several artists, including a long-term relationship with Marta De Menezes, and he is now scientific advisor for Ectopia and Cultivamos Cultura – two Portuguese institutions involved in fostering art-science collaborations. He has three publications in this field, describing the scientist view of art-science interactions.