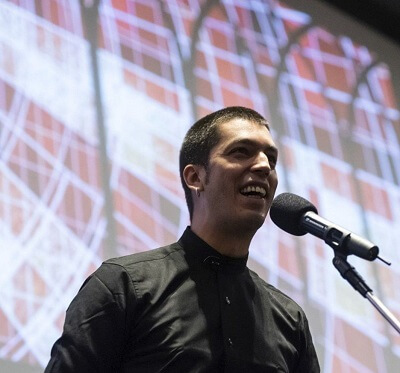 Spyros is a film director and screenwriter from Athens, Greece. He has studied Audiovisual Arts at the Ionian University, Artistic creation and Communication at the University of Aveiro, and has attended workshops in acting, film direction, screenwriting and documentary creation. His last short film Horsepower was awarded by the Golden Athena Award and the Best Female Performance prize at the 27th Athens International Film Festival, while it was given the Special Award of the Jury, an Honorary Distinction for the Best Cinematography and the Visual Narration Award by GSC at the 44th Drama International Short Film Festival. He is currently developing the documentary Marcia supported by the I. Costopoulos Foundation, while he is also writing a script for his new fiction project.

Workshops
Practice of cinema: “Careful planning, and brilliant improvisation”*
Back to instructors