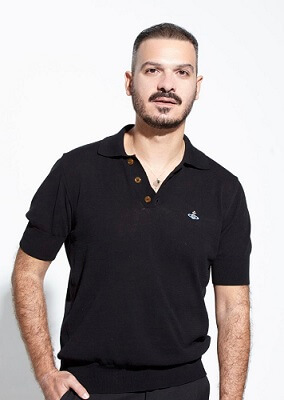 Dr Marios Psaras holds a Degree in Education & Philosophy (University of Cyprus), an MA and a PhD in Film Studies (Queen Mary University of London). He is the author of the first book-length study on contemporary Greek cinema, The Queer Greek Weird Wave: Ethics, Politics and the Crisis of Meaning (London: Palgrave Macmillan, 2016). As a film scholar, Dr Psaras has taught film theory at Queen Mary, King’s College London, University of Greenwich, and has lectured across Europe. He has published articles, reviews and book chapters on contemporary Greek, European and global queer cinema. Dr Psaras has previously worked in education, radio and TV production, and has directed for the theatre and cinema. His most recent short film, The Call (2020), has won Special Mention at the 43rd Drama International Short Film Festival and is currently screening at film festivals worldwide. Dr Psaras is a member of the Hellenic Film Academy, artistic director of the annual festival Cyprus Short Film Day, London, and a member of the editorial board of Filmicon: Journal of Greek Film Studies. Since September 2018, he has been the Cultural Counsellor at the Cyprus High Commission in London.

Seminars
WEIRDLY/QUEERLY ETHICAL: a queer reading of the Greek Weird Wave
Back to instructors