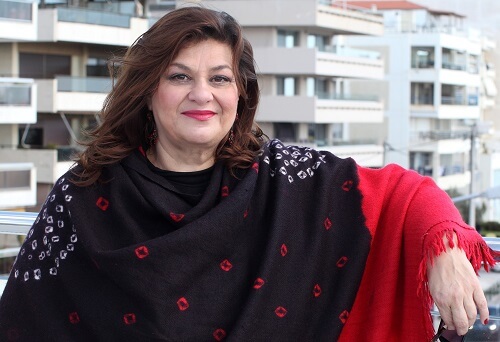 Barbara Dukas, is director in theatre, film and documentaries in Greece and abroad She is the Artistic Director of Corfu Regional and Municipal Theater.

She is a Ph.D candidate in Αristotle University of Thessaloniki School of Film (Greece) / ‘Creation of a Contemporary Dramaturgy using Cinematic Techniques on stage’
She has acted as an actress in feature films and shorts, and as assistant director, scriptwriter and production assistant in feature films, and docu-fiction series in Greece and abroad:
'Master of the Shadows' Lefteris Xanthopoulos, 'Life Enjoyed' by Patris Vivancos, 'Wine Blows Heart' by Nikos Faroupos/ 'Aenigma est' by Dimitri Mavrikios 'And These…' by Kostas Zirinis ,'Over the edge', 'They whisper our song', and more at 'Z & Z' – (Miramax's lead partner on US cable television)

Workshops
Pitching workshop
Back to instructors