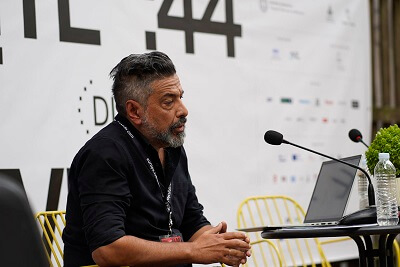 Panos Iosifelis is a critically acclaimed writer who has received numerous awards in Greece and internationally (Cannes Lions Festival, Thessaloniki International Film Festival). His work includes scripts for feature and short films, TV series & documentaries. He has also worked as a script editor on various feature films. Besides his screenwriting work, he is an Professor in Screenwriting and Chair of MA “Screenwriting” Program in the School Film, Faculty of Fine Arts, Aristotle University of Thessaloniki and also teaches at “Cinematic and Television Writing” unit at the Greek Open University. He is a member of the Greek Writers Guild and member of the Greek Film Academy.

Seminars
MasterClass: The screenplay of short films
Back to instructors